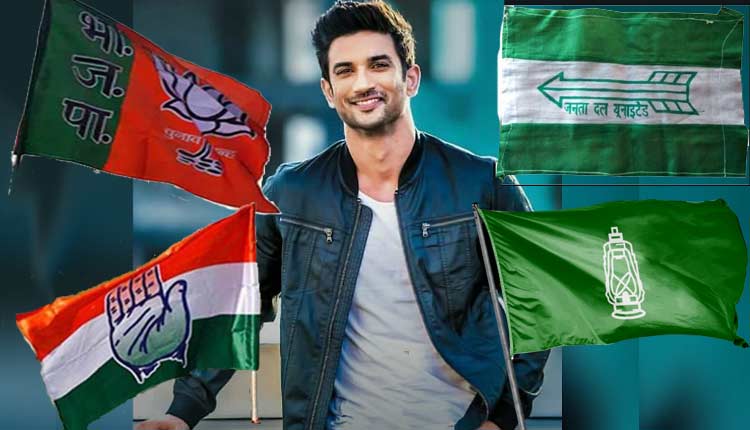 A day after Bihar Police officer Vinay Tiwari was quarantined in Mumbai, leaders of BJP, Congress, JDU and RJD came together on  Monday demanding CBI probe into the death case of Sushant Singh Rajput.

The monsoon session of the Bihar Assembly, which met on Monday, witnessed a rare scene when political leaders cutting across party lines demanded justice for Sushant.

According to an IANS report, all the MLAs of all parties in one voice demanded CBI probe into the death case of Sushant with the Leader of Opposition in the Assembly, Tejashwi Yadav demanding a fair inquiry into the matter.

Yadav said that the Bihar government should take it seriously at the way Mumbai Police and the Maharashtra government are mishandling the case of Sushant.

Neeraj Kumar Bablu, MLA and brother of late Sushant Singh Rajput, said that the Maharashtra Police is not cooperating with Bihar Police and in such condition, the probe could not be carried out properly.

“The country has seen the way in which the Bihar police team was treated in Mumbai. When Bihar Police IPS officer Vinay Tiwari was sent to Mumbai for investigation, he was forcibly quarantined. It is clear that the investigation is not being done properly by Mumbai Police,” IANS quoted him as saying.

The Congress and the JDU legislators present in the house also called for a CBI inquiry into the matter, the news agency added.

Meanwhile, the digital team of Kangana Ranaut has reacted to the news of Vinay Tiwari being quarantined in Mumbai.

Reacting to the news, the team, which goes by the name Team Kangana Ranaut on an unverified Twitter account, tweeted: “What is this? Gunda raaj? We want to tell @PMOIndia if we don’t find the culprits who killed SSR, no outsider will ever be safe in Mumbai, criminals are getting more and more empowered, please intervene and take over this case.”