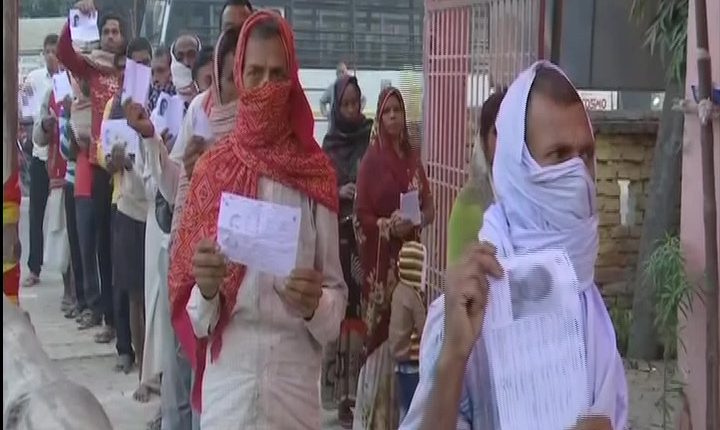 Patna: Polling began amid tight security arrangements for 94 assembly constituencies in 17 districts of Bihar from 7 am on Tuesday for the second phase of assembly elections. Foolproof security arrangements have been made for voting as well as to ensure that social distancing norms are in place in the times of a pandemic.

According to the state election commission, more than 2.85 crore voters will exercise their franchise in the second phase. As many as 41,362 polling booths have been set up in this phase.

In most assembly constituencies, voters will be able to exercise their franchise from 7 am to 6 pm, while the window is curtailed from 7 am to 4 pm in some sensitive constituencies. Security forces have been deployed at all polling booths.

In Bihar, elections are being held in three phases for 243 assembly seats. The election for the first phase was held for 71 seats on October 28. Polling for the third phase will be held for 78 seats on November 7. Counting of votes will be held on November 10.