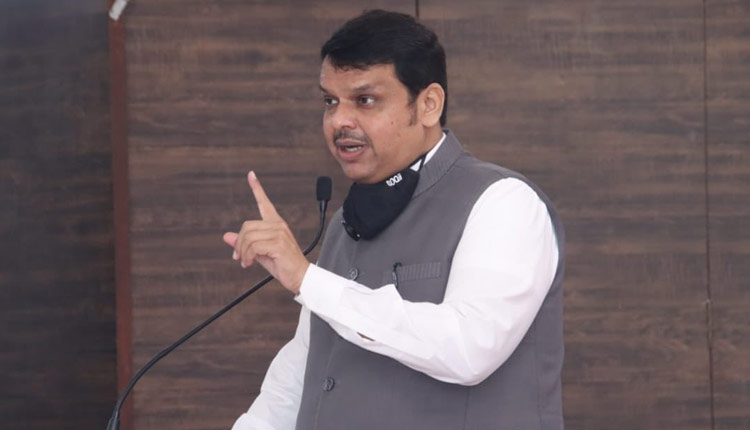 The former Maharashtra chief minister said such act will only create “disbelief” among people about the (transparency of) investigation.

Instead of solving the mystery of #SushantSinghRajput ‘s death , such behaviour will only result into huge public outcry and disbelief amongst the people about the investigation.

After he reached Mumbai, Patna City SP Vinay Tiwari was quarantined late last night by the Brihanmumbai Municipal Corporation (BMC) with his hand stamped indicating the isolation period till August 15.

“Instead of solving the mystery of Sushant Singh Rajput’s death, such behaviour will only result into huge public outcry and disbelief amongst the people about the investigation,” Fadnavis, who is the Leader of Opposition in the Legislative Assembly, tweeted.

He said movement of officers on public service duty can’t be stopped by putting them in quarantine in these testing times.

Fadnavis cited earlier visits of officials from Kerala and Uttar Pradesh to Mumbai for official works.

“A medical team from Kerala visited Mumbai, UP Police came to investigate Vikas Dubey case. A team from Bihar police is already working in Mumbai since 4 days but none of them was quarantined then why only an SP rank officer is treated differently? he asked.

India Restricts Entry Of Chinese Firms In Commercial Coal Mine Auctions In Odisha, Other States