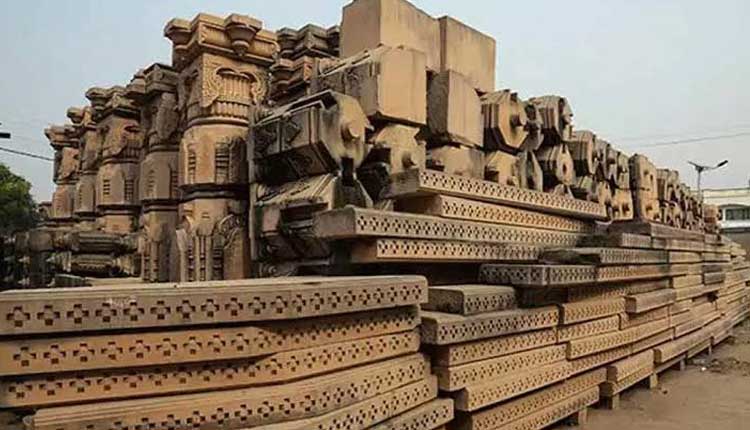 Gopeshwar: Some soil from Badrinath and water from Alaknanda river, a tributary of the Ganga, were ceremoniously dispatched to Ayodhya on Monday for the foundation stone laying ceremony of the Ram temple.

Alaknanda’s water contained in a Kalash and the soil of Badrinath were dispatched from the Singh Dwar of the Himalayan temple by RSS, BJP and VHP workers, people associated with the programme said.

They will also collect waters on way to Ayodhya from Haridwar where Ganga and its tributaries originating in the Himalayas merge with each other and become one, they said.

The foundation laying ceremony of the historic Ram temple in Ayodhya is proposed to be held on August 5 by Prime Minister Narendra Modi.

Ayodhya Ram Temple Will Now Be Bigger, Taller In Size