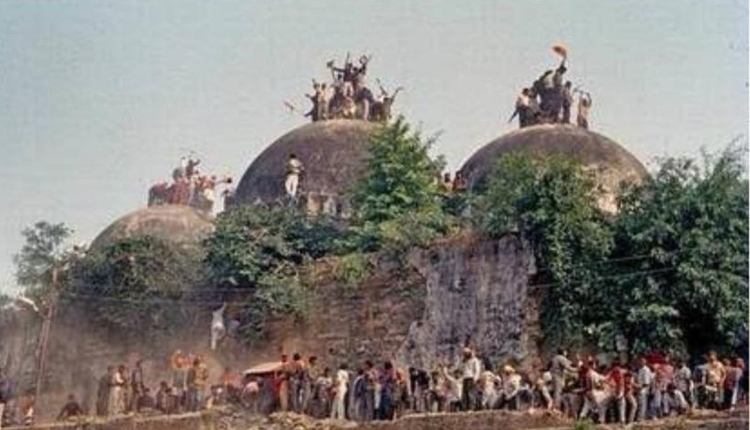 Lucknow: The early winter air hangs heavy and the smell of fresh paint mixes with that of bleaching powder, used extensively to sanitise disinfect the campus.

Almost four years after the Lucknow High Court shifted out to the new building on Faizabad road, the old High court building in Kaiserbagh is buzzing with activity again.

It is here that the special CBI court will pronounce its verdict in the Babri mosque demolition case on Wednesday.

Ahead of the court verdict, a high alert has been sounded across the state for Wednesday.

According to sources, more than 2,000 police personnel, half of them in civil clothes, have been deployed to ensure the security of the area.

SP Traffic Purnendu Singh said that all vehicular traffic has been banned the area and only ambulances, fire brigades and hearse vans will be allowed to move in the area. This will remain in force till the court verdict is announced.

“There will be other diversions too and barricades will be put up at some places,” he said.

Besides, security has been beefed up in 25 districts that are known to be communally sensitive in Uttar Pradesh.

Special security arrangements have been made in Ayodhya also where police personnel have been deployed in adequate numbers.

Rapid Action Force personnel have also been deployed in Lucknow and Ayodhya.

The CID, Lucknow intelligence unit and the CRPF are manning the complex and dog squads have also been deployed in the court that has been fitted with new CCTV cameras.

Additional district and session judge (Ayodhya matters), SK Yadav, who has been hearing the case on a day-to-day basis since May 2017, has asked all the 32 accused persons to be present in the court when he pronounces the judgment on Wednesday.

The verdict will be announced in Court room number 18, and it has been decided that only five out of 32 accused will be inside the courtroom at any time. The rest will be seated outside in the lobby.

There were 49 accused in the case apart from lakhs of ‘kar sevaks’ named in two separate FIRs lodged at the Ram Janmabhoomi (RJB) police station on the day of the demolition.

Seventeen named accused, including Bal Thackeray, Ashok Singhal, Mahant Avaidyanath, Giriraj Kishore and Vijayaraje Scindia passed away during the course of the trial, leaving 32 accused in the case.

Sources said that L K Advani, Uma Bharti, MM Joshi and Mahant Nritya Gopal Das are unlikely to be present when the court announces its verdict. Their applications for exemption are likely to be moved by their counsel before the court and they will seek exemption on health grounds.

Uma Bharti has been found Covid positive and admitted to a hospital while Kalyan Singh was also hospitalised after testing positive for Covid.

Mosque In Ayodhya May Be Square-Shaped Like Kaaba: Trust Official