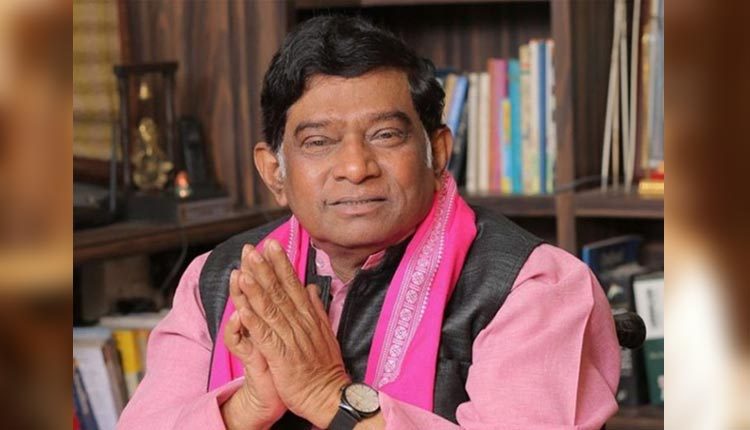 Raipur: Former Chief Minister of Chhattisgarh and senior Congress leader Ajit Jogi passed away today. He was 74. His son Amit Jogi made an announcement on his demise in a tweet.

He was reportedly hospitalised three weeks ago after suffering a cardiac arrest and was on ventilator support. He had been admitted to the hospital on May 9 after he suffered respiratory and cardiac arrests and was in coma since then, he said.

He suffered another cardiac arrest this afternoon and could not be revived, he added.

It is being said that he was admitted to Shree Narayana Hospital. According to a medical bulletin issued by the hospital authorities, Jogi’s condition was critical.

He had collapsed in his home garden when he suffered a cardiac arrest. Soon after, doctors were called and he was rushed to the hospital, as per the hospital bulletin.

Ajit Jogi is reportedly the first chief minister of Chhattisgarh. He was the incumbent MLA from his traditional Marwahi seat.

A bureaucrat-turned politician, Jogi, then in Congress, had served as the first chief minister of Chhattisgarh, which came into existence in November 2000. He served in the post from November 2000 to November 2003.

He parted ways with the Congress in 2016 after he and his son got embroiled in a controversy over alleged fixing of the by-election (2014) held for Antagarh seat in Kanker district. Subsequently, he formed his own outfit JCC (J).

Shri Ajit Jogi Ji was passionate about public service. This passion made him work hard as a bureaucrat and as a political leader. He strived to bring a positive change in the lives of the poor, especially tribal communities. Saddened by his demise. Condolences to his family. RIP.

Deeply saddened to learn about the passing away of veteran leader & former Chhattisgarh CM #AjitJogi. My thoughts & prayers are with the bereaved family.