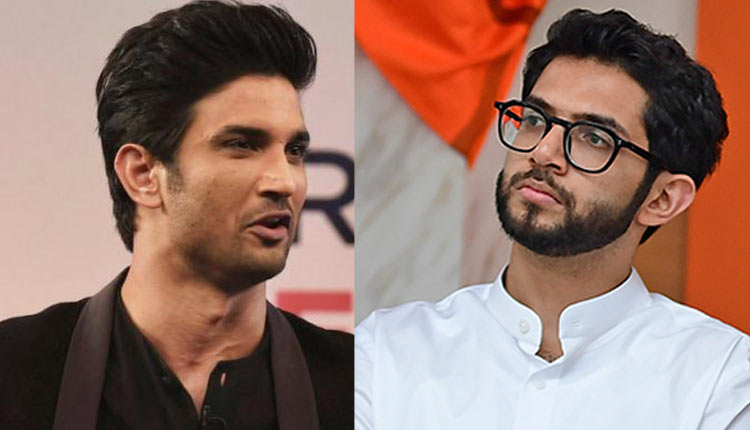 With fingers being raised on Aaditya Thackeray for his alleged links in Sushant Singh Rajput death case, the Maharashtra Minister on Tuesday issued a statement clarifying his stand.

He said that people are doing mud slinging on him personally and also on the members of the Thackeray family. However, he doesn’t have any connection with Sushant Singh Rajput’s death in any manner.

Aaditya said that politics is being done over someone’s death and it’s an attempt to defame him and his family.

People are doing mud slinging on me personally and members of the Thackeray family…. I have no connection with #SushantSinghRajput‘s death in any manner. This is politics over someone’s death: Maharashtra Minister Aaditya Thackeray in a statement pic.twitter.com/jYv6Wj1Zfm

“This is dirty politics. But I’m being patient. People who are jealous of the success and popularity of Maharashtra govt have started this,” he said.

He further said that he has many friends in Bollywood and it’s not a crime. The death of Sushant is unfortunate and shocking. Mumbai Police is investigating the matter but those who do not trust the law are unnecessarily creating doubt and trying to derail the entire investigation process, he added.