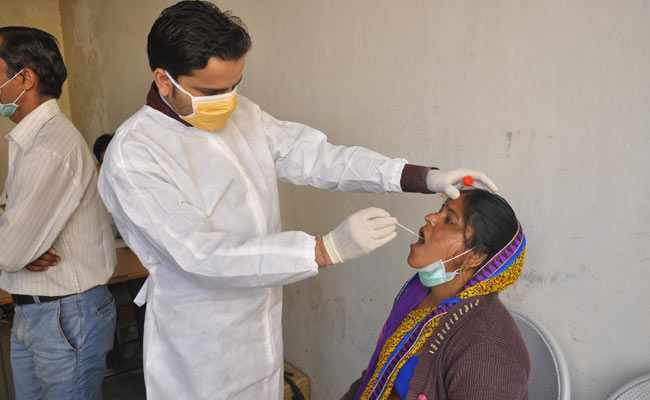 Meerut: After the coronavirus scare it is now swine flu that is raging on in Uttar Pradesh. The death toll in the state has reached nine, six of which are from Meerut alone, and 17 Provincial Armed Constabulary (PAC) jawans have tested positive for swine flu in the district in the past 48 hours.

Meerut Chief Medical Officer Raj Kumar said, “Out of the 27 PAC jawans of the Sixth Battalion admitted to the Lala Lajpat Rai Memorial Medical College (LLRMMC) with complaints of fever, cold and other similar symptoms, 17 have tested positive for swine flu. Hence, around 370 jawans in the battalion were given Tamiflu tablets and instructed to remain on the campus to prevent further spread of the infection. With this, the total number of swine flu cases in the district has gone up to 71.”

The official said, “We have added 40 more beds in the isolation ward of the LLRMMC taking the total number to 56.”

The district hospital and other private hospitals have also been asked to increase the number of beds in the isolation wards.

In the wake of the rising number of swine flu cases, doctors have advised that only one member of the family should be involved in taking care of the infected patient to avoid spread of the disease. People have been asked to wash hands frequently, wear a mask when in the vicinity of the patient and take care of cleanliness in the patient’s room.