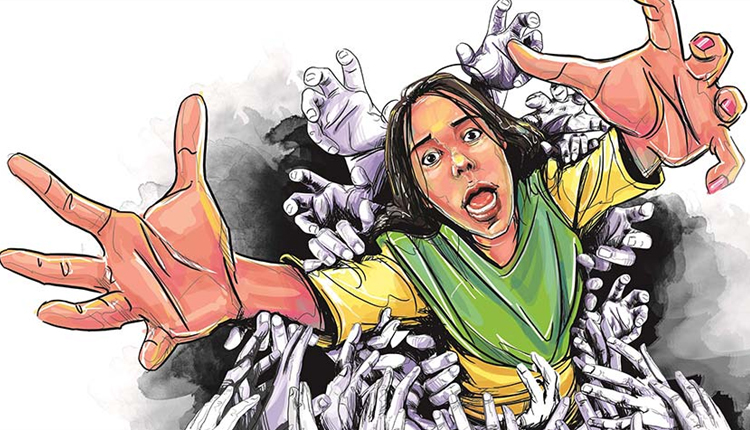 New Delhi: India recorded an average of 87 rape cases daily in 2019 and overall 4,05,861 cases of crime against women during the year, a rise of over 7 per cent from 2018, a latest government data showed Tuesday.

The country recorded 3,78,236 cases of crimes against women in 2018, the data compiled by the National Crime Records Bureau (NCRB) showed.

Majority of these cases under Indian Penal Code were registered under ‘cruelty by husband or his relatives’ (30.9 per cent) followed by ‘Assault on women with intent to outrage her modesty’ (21.8 per cent), ‘kidnapping and abduction of women’ (17.9 per cent), the NCRB data for 2019 showed.

The NCRB, which functions under the Union Home Ministry, is tasked with collecting and analysing crime data as defined by the Indian Penal Code and special and local laws in the country.