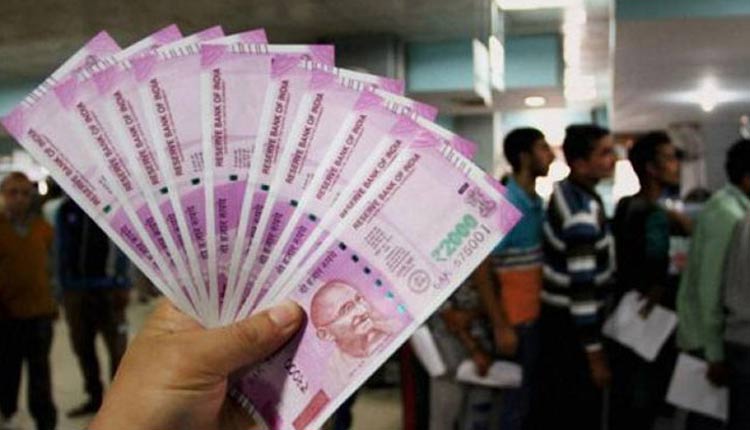 New Delhi: As we approach the beginning of another year, some good news is in store for the central government employees. The employees can start celebrating the New Year 2021 from today itself as they are most likely to take home an increased salary in 2021. The Narendra Modi-led Central government is expected to restore the Dearness Allowance (DA) hike which was set to be implemented earlier this year in April, as per 7th Central Pay Commission recommendations.

If reports are anything to go by, the salary of lakhs of employees will spike and pensioners too will start getting more pension from July 2021.

It is to be noted that the Centre had approved a 4 per cent DA (dearness allowance) hike for its employees in March 2020. However, it was put on hold till July 1, 2021, in the wake of a massive economic slowdown due to Covid-19 pandemic situation.

What happened as a result is the central government employees and pensioners who were getting 21 per cent DA, are now getting a dearness allowance at the rate of 17 per cent as part of the salary or pension, and the same arrangement would continue till June 2021, reports suggest.

However, it is expected that the employees and pensioners are likely to get 21 per cent DA and they are hopeful the government will do the needful, as per the 7th Pay Commission recommendations, from July 2021.

Though there is no confirmation yet on whether the employees and pensioners would get a hiked DA from July 2021, earlier reports indicate that they will probably get 21 per cent DA from next year.

Worthwhile to mention, lakhs of employees received a Diwali bonus few months back. The central government employees were also given relief on LTC and LTA, following announcement on the LTC cash voucher scheme on October 12 by the Centre.