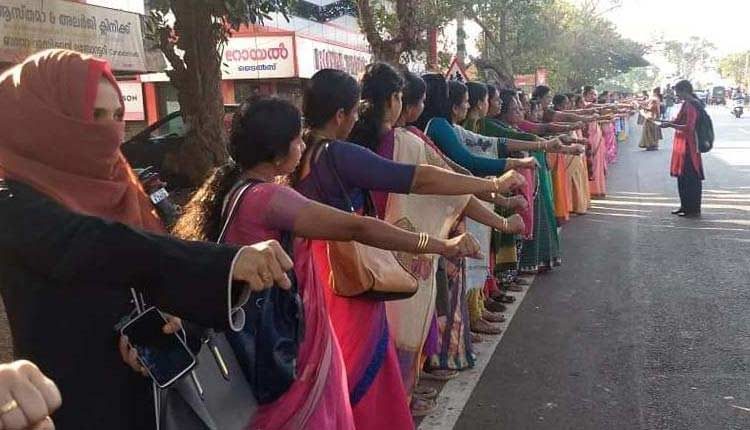 Thiruvananthapuram: A 620 km long human chain from the northern part of Kerala to the south was formed on Sunday, Republic day, by the ruling CPI(M) led Left Democratic Front, demanding withdrawal of the Citizenship Amendment Act.

The LDF organised the human chain from Kasaragod in north Kerala to Kaliyakkavilai in the southernmost part of the state.

The LDF claimed that around 60 to 70 lakh people participated in the human chain.

The human chain was formed at 4 PM, following which the preamble of the Constitution was read out.

Later, an oath was taken to protect the Constitution from the “attempts of the Central government” to destroy it.

Senior CPI(M) leader S Ramachandran Pillai was the first link of the 620-km-long human chain at Kasaragod, while M A Baby was the last link at Kaliyakkavilai.

Many prominent personalities from all walks of life participated in the human chain.