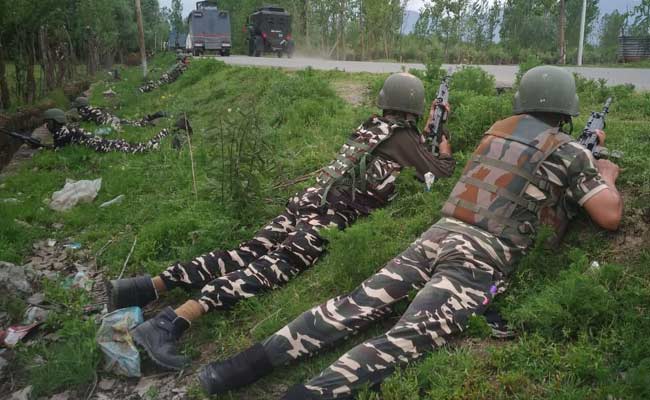 Srinagar: Three CRPF personnel were killed and two others injured when militants opened fire on them at a checkpoint in Kupwara, officials said here on Monday, a day after five security personnel lost their lives during an encounter in the district.

A teenaged civilian, reportedly of unsound mental condition, was also killed in the exchange of fire between the security forces and the ultras on Monday, they said.

The militants opened fire on a naka party of the Central Reserve Police Force at Wangam-Qaziabad in Kralgund area of the district, the officials said.

They said three CRPF jawans were killed on the spot.

A 15-year-old civilian boy, identified as Mohammad Hazim Bhat, was also found dead at the scene of the incident, they said, adding he was reportedly mentally challenged.

The area has been cordoned off and additional forces rushed there to track down the assailants, the officials said.

This was second major damage inflicted by militants on security forces in Kupwara district within 48 hours.

Earlier on Saturday, an Army Colonel and a Major were among five security personnel killed in an encounter with terrorists at a village in north Kashmir’s Handwara area.

Based on the intelligence input that terrorists were taking hostage some civilians in a house in Changimulla at Handwara of Kupwara district, a joint operation was launched by the Army and the Jammu and Kashmir Police, an Army official informed.

However, during the process, the team came under a heavy volume of fire by the terrorists and in the ensuing firefight, two terrorists were eliminated and the five Army personnel and a policeman were killed in the line of duty, the Army said.

Col Sharma was the Commanding Officer of the 21 Rashtriya Rifles and had been decorated for gallantry twice in Kashmir.