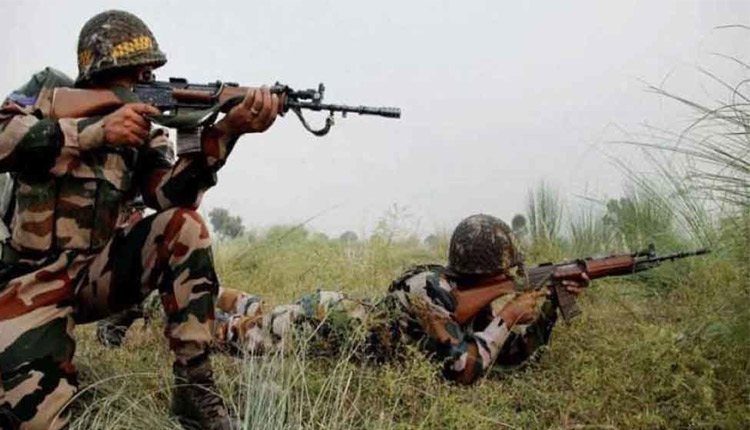 Srinagar: After four terrorists were killed in an encounter in Jammu district on Thursday, another gunfight broke out between militants and security forces in Pulwama district of Jammu and Kashmir.

The officials said a firefight took place in Pulwama’s Parigam after the security forces cordoned off the area and launched a search operation on the basis of a specific information about the presence of terrorists.

As the security forces zeroed in on the spot where the terrorists were hiding they came under a heavy volume of fire that triggered the encounter.

“Encounter has started at Parigam area of Pulwama. Police and security forces are on the job,” police said.

Earlier in the day, an encounter broke out in Jammu district.

Four suspected Jaish-e-Mohammad terrorists were killed and two policemen were injured in the gunbattle on the Jammu-Srinagar national highway after a truck carrying a group of freshly infiltrated militants was intercepted by security forces on the outskirts of Jammu city.

The slain terrorists were carrying a huge quantity of arms and ammunition, including 11 AK-47 rifles and pistols and in all probability were planning something big, perhaps “disruption of district-level elections”, a top police officer said.

The terrorists had come to execute a “big plan” which has now been foiled, Inspector General of Police (IGP), Jammu, Mukesh Singh, said.

In Srinagar, IGP, Kashmir, Vijay Kumar said the four terrorists were on their way to the Kashmir valley to disturb the District Development Council (DDC) polls scheduled later this month, as Pakistan has been trying to cause trouble in the political process.

Giving details of the encounter, IGP Singh told a press conference in Jammu that during checking a truck was stopped at Ban toll plaza in Nagrota area at 5 am but the driver fled leaving behind the vehicle.

CRPF and police personnel moved to search the vehicle and came under fire of the terrorists hiding in the truck.They retaliated resulting in an encounter.

Other forces also joined resulting in a fierce gunbattle in which terrorists fired grenades and arms, he said.

As per weapon recovery and past instances, it appears that they belong to JeM, he added.