The moment all have been waiting for arrives as the Juggernauts of the Lords roll on Puri Grand Road amid the chant of Hari Bola melodies of ghanta & kahali and reverberance of spiritual fervour. But once again for the second year in a row, the divine festival is missing the pomp and grandeur of lakhs of devotees due to the pandemic crisis. Extensive preparations with water-tight security cover have been put in place for the smooth conduct of the nearly fortnight-long festivities. OTV brings you all the developments of the annual rituals of the Holy Trinity. Check all the latest updates here.

Lord Balabhadra heads to the Adapa Mandapa of the Gundicha temple in a ceremonial procession.

The divine siblings Lord Jagannath, Lord Balabhadra and Goddess Subhadra will lead to the Adapa Mandapa of the Gundicha temple in a ceremonial procession at Puri, today.

Lord Jagannath's chariot Nandighosha reached Saradha Bali after both his siblings Lord Balabhadra and Devi Subhadra arrive at the Gundicha temple. The chants of Jai Jagannath, beats of gongs reverberated the Badadanda with his arrival. 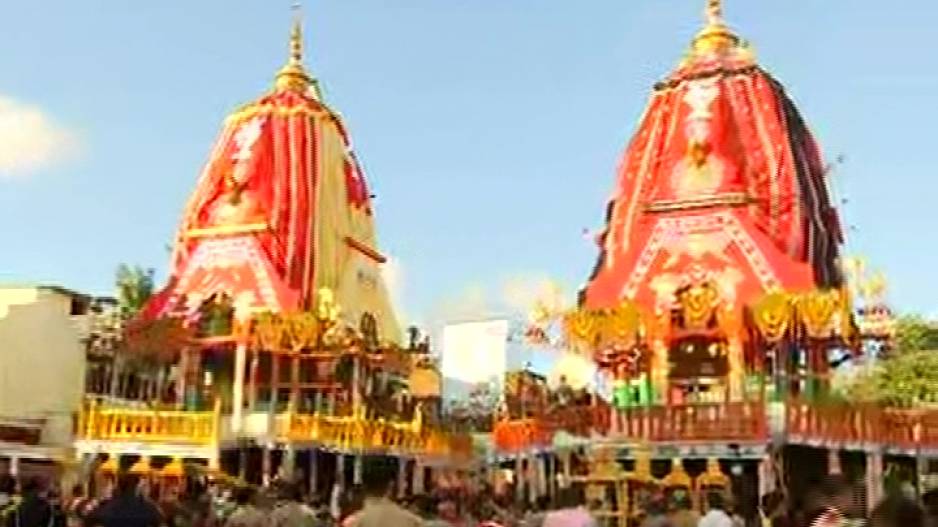 Devi Subhadra Aboard Darpadalana Chariot Arrives At Her Aunt's

Following arrival of Taladhwaja, Devi Subhadra reached her aunt's home at Gundicha Temple riding her chariot Darpadalana. Nandighosha with Lord Jagannath aboard will soon join his siblings at Gundicha temple. 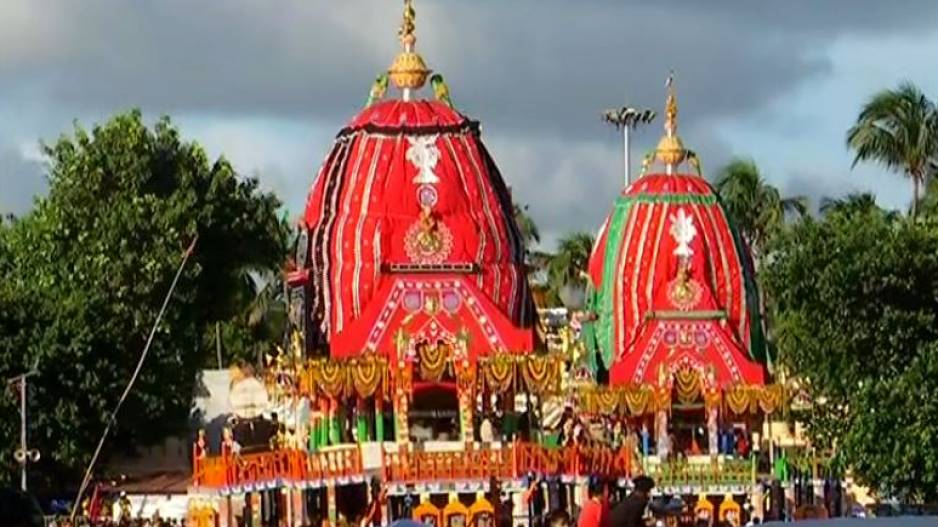 Taladhwaja, the chariot of Lord Balabhadra arrived at Gundicha temple ahead of schedule. Jagannath and Devi Subhadra are on the way to the Mausi Maa Temple. 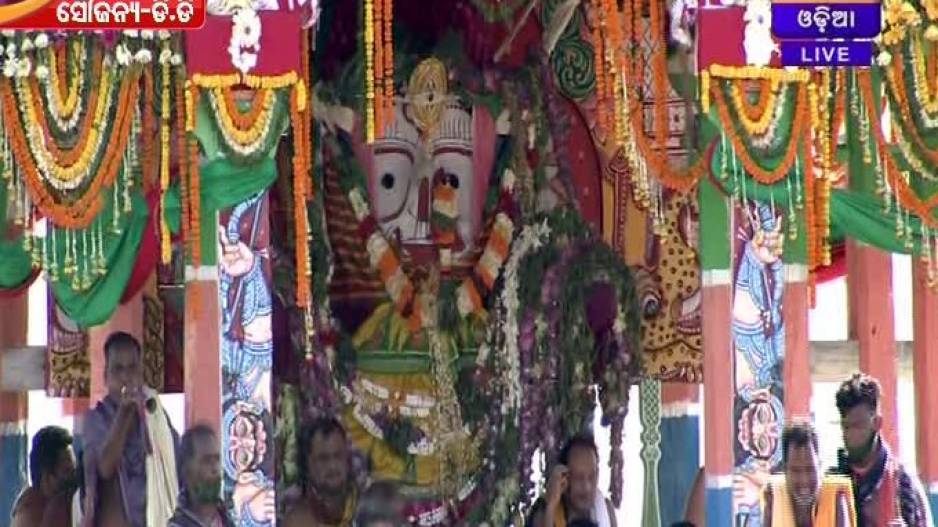 Meet the little sevayats of Lord Jagannath as they pull chariot on Bada Danda in Puri on Gundicha Jatra.

Meet the little sevayats of Lord Jagannath as they pull chariot on Bada Danda in Puri on Gundicha Jatra#RathaJatra #RathaJatra2021 pic.twitter.com/b24K4QueXD

Holy Trinity Marches On Towards Gundicha Temple With Elegance

The three chariots adorned by the spectacular deities of Lord Balabhadra, Jagannath, Devi Subhadra and Sudarshan continue to march towards Gundchia Temple with the chorus of hundreds of gongs, conches, kahali. Due to the pandemic curbs on the public, servitors are ushering the Lords towards their Janma Bedi. 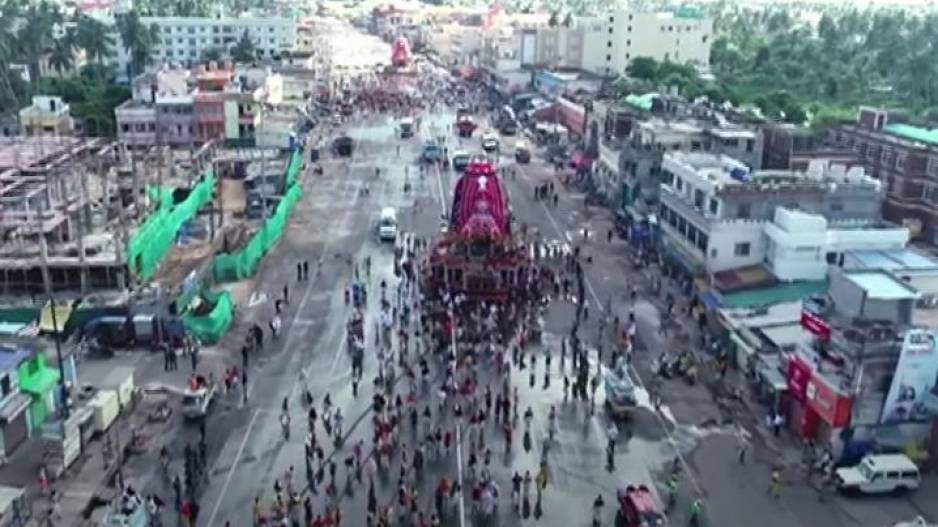 Behold The Juggernaut!! Nandighosha Rolls On To A Massive Euphoria

The moment all have been waiting for arrives as, Lord Jagannath, the Supreme Lord himself, starts his Gundicha Jatra and follows his siblings on nine-day sojourn to Gundicha Temple. 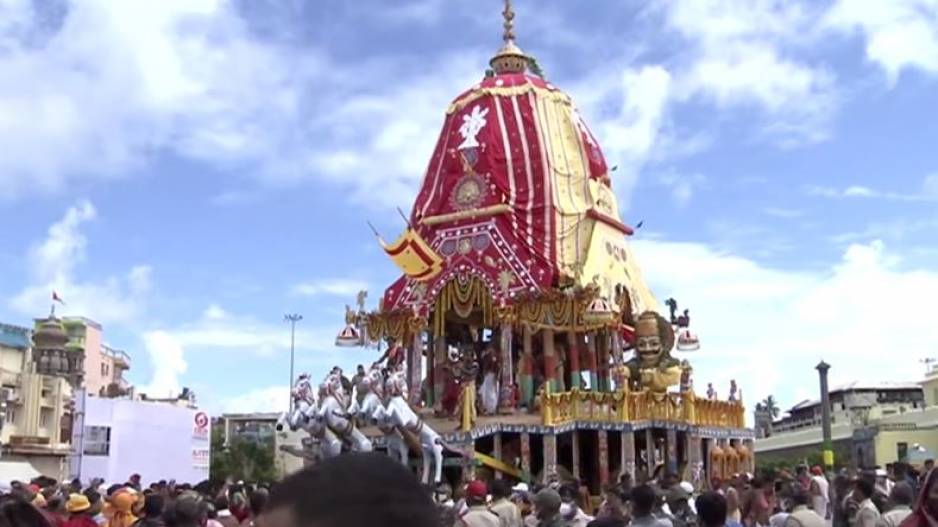 Behold The Juggernaut!! Nandighosha Rolls On To A Massive Euphoria

Following the footsteps of her eldest brother, Bada Thakura Balabhadra, Goddess Subhadra also kicked off her journey from Ratna Bedi to Janma Bedi (Gundicha Temple) on her splendid Darpadalana chariot. 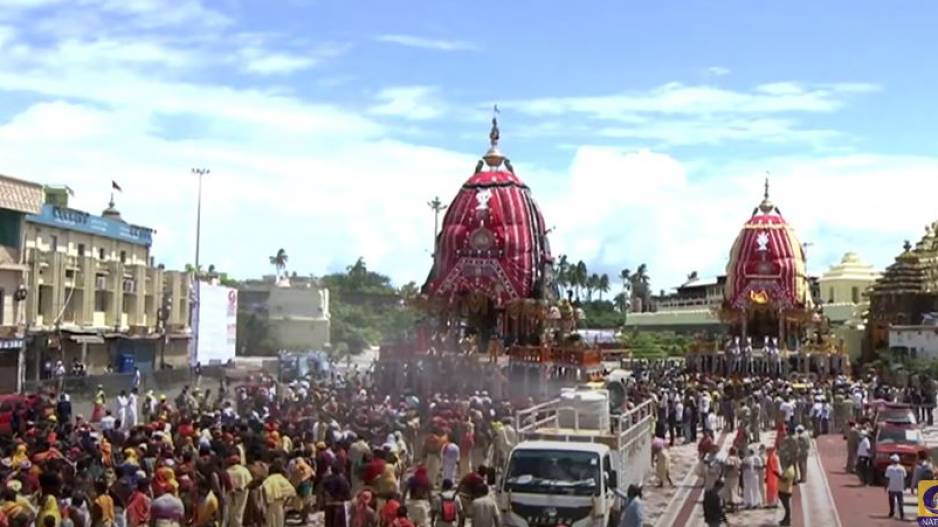 Amid yet another year of extraordinary circumstances which has forced the government to keep devotees out from the famous mass festival of Odisha due to pandemic curbs, the servitors have taken the task of escorting the Lords to the Gundicha Temple. Prohibitory orders have been clamped in the town and group of around 500 selected sevayats who have been tested for Covid negative and fully vaccinated have been deployed to pull each chariot. 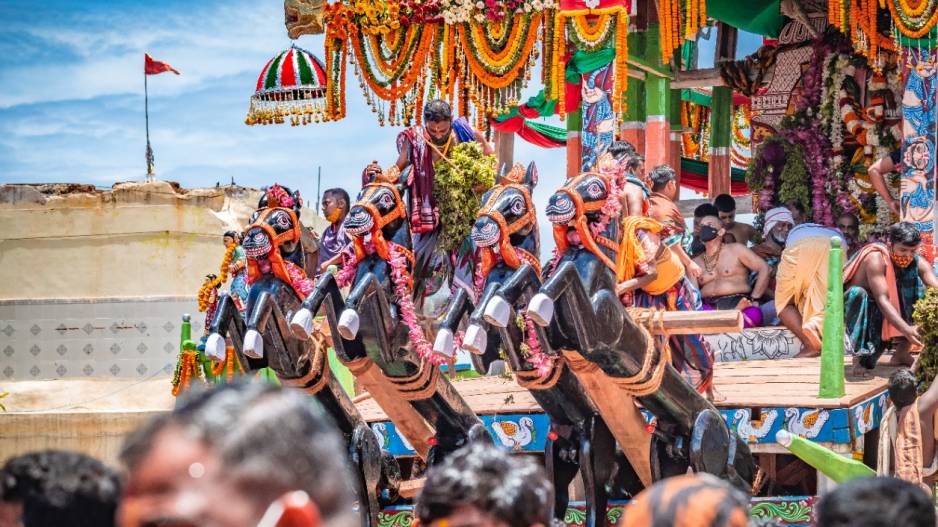