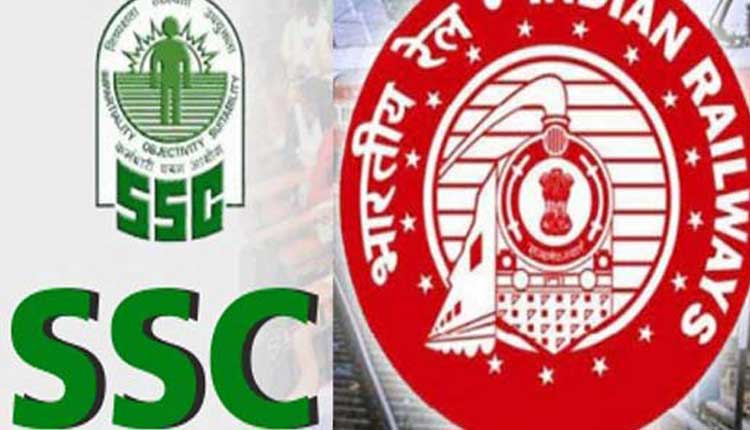 ‘Speak Up For SSC Railway Students’ campaign today flooded Twitter as students urged the Centre to expedite the process of recruitment and conduct of SSC and railway exams.

Congress leader Rahul Gandhi today extended support to the campaign. “Modi Govt is jeopardising India’s future. Arrogance is making them ignore the genuine concerns of the JEE-NEET aspirants as well as the demands of those who took SSC and other exams. Give jobs, not empty slogans,” tweeted Rahul.

Arrogance is making them ignore the genuine concerns of the JEE-NEET aspirants as well as the demands of those who took SSC and other exams.

Give jobs, not empty slogans.#SpeakUpForSSCRailwayStudents

Priyanka Gandhi Vadra also took to Twitter to support the campaign and urged the Centre to listen to the demands of the students.

As per reports, around 2.5 crore students had applied for various posts like NTPC and Group D exams in Indian Railways. However, the exams are yet to be conducted.

They further alleged that thousands of candidates are either facing mental torture or struggling with depression as the result of SSC CGL 2018 Tier 3 examination has not been declared yet.

It is most difficult time for youth in India.There are no jobs in Govt & Pvt https://t.co/KZ19NwVfS3 conditions are lowest ever. SSC,NTPC,Railways,State exams are neither conducted nor result declared #speakupforSSCRaliwaystudents #unemployment @PMOIndia @sscchief @RailMinIndia

We want examination and results on time. Just like election on time. Dear government please help us.
We need justice. Thanks to all the teacher for their support. 🙏🙏🙏🙏 🙏 #speakupforSSCRaliwaystudents@NitishKumar#BpscAe17ResultDo#SSCdeclareCGLresult @PMOIndia pic.twitter.com/DaedUzb7iH

#speakupforSSCRaliwaystudents want regular vacancies
want fare exam
exam should be conduct on time
result should be published on time
whole process till joining is to completed within 1 years @PMOIndia@PiyushGoyal pic.twitter.com/FmdjShHCfg