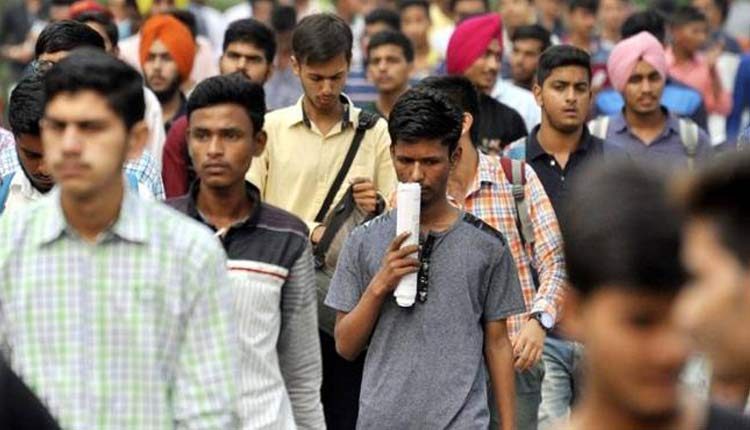 The Central government job aspirants, who want to be paid in the 7th Pay Commission scale, must brace up to apply for the Union Public Service Commission (UPSC) jobs today as the deadline for application submission is October 15.

The commission had earlier released a recruitment notification inviting applications for the positions of Senior Scientific Assistant, Asst Engineer and other posts.

Candidates must apply online through the website http://www.upsconline.nic.in. Applications received through any other mode would not be accepted and summarily rejected.

Candidates must upload the documents/certificates in support of all the claims made by them in the application like Date of Birth, Experience (preferably in prescribed format), Desirable Qualification(s), etc. or any other information, separately against each claim in pdf file in such a way that the file size does not exceed 1 MB for the respective aforesaid modules and 2 MB for the “UPLOAD OTHER DOCUMENT” module and is legible when a printout is taken.

Certificate(s) in the prescribed proforma from the Head(s) of Organization(s)/Department(s) for the entire experience claimed, clearly mentioning the duration of employment (date, month & year) indicating the basic pay and consolidated pay. The certificate(s) should also mention the nature of duties performed/experience obtained in the post(s) with duration(s).

Experience Certificate should be issued in a prescribed format relevant to the post. Experience certificate not in prescribed proforma but containing all the details as mentioned above would be considered on merits by the Commission.

Caste certificate by candidate seeking reservation as SC/ ST/ OBC, in the prescribed proforma from the competent authority indicating clearly the candidate’s Caste, the Act/ Order under which the Caste is recognized as SC/ ST/ OBC and the village/ town the candidate is ordinarily a resident of.

A declaration in the prescribed format by candidate seeking reservation as OBC, that he/she does not belong to the creamy layer on the crucial date, in addition to the community certificate (OBC). Unless specified otherwise, the prescribed closing date for receipt of the Online Recruitment Application for the post is to be treated as crucial date.

Physically Handicapped certificate in prescribed proforma issued by the competent authority by Physically Handicapped persons eligible for appointment to the post on the basis of prescribed standards of Medical Fitness. The Competent Authority to issue Physically Handicapped certificate shall be a Medical Board duly constituted by the Central or a State Government. The Central/ State Government may constitute Medical Board(s) consisting of at least three members out of which at least one shall be a specialist in the particular field for assessing Locomotor/ Cerebral / Visual / Hearing disability, as the case may be.

Documentary support for any other claim(s) made.

Go through the  OFFICIAL NOTIFICATION for the UPSC recruitment in the 7th pay commission scale.

One Injured In Road Mishap On CRP Flyover In Bhubaneswar