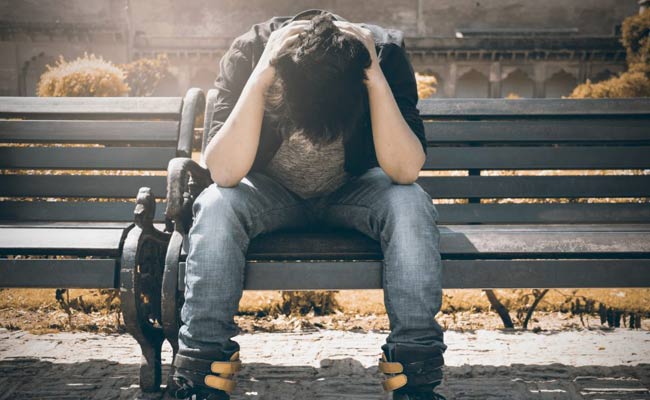 London: The vast majority of young people who self-harm or experience suicidal thoughts appear to have only mild or moderate mental distress, according to researchers.

Measures to reduce suicide risk in young people should focus on the whole population, not just those who are most distressed, depressed or anxious, said Cambridge University researchers during Mental Health Awareness week.

“It appears that self-harm and suicidal thinking among young people dramatically increases well within the normal or non-clinical range of mental distress,” said study senior author Peter Jones from Cambridge University in the UK.

The findings, published in the BMJ Open, show that public policy strategies to reduce suicide should support better mental health for all young people, not only those who are most unwell.

Previous studies have suggested that a broad range of mental health problems like depression anxiety, and low self-esteem can be measured together as levels of common mental distress (CMD).

In the current study, the research team used a series of questionnaires to analyse common mental distress in two large groups of young people between the ages of 14 and 24.

They also collected self-reported data on suicidal thinking and non-suicidal self-injury, both predictive markers for increased risk of suicide.

CMD scores increase in three significant increments above the population average: mild mental distress, followed by moderate, and finally severe distress and beyond – which often manifests as a diagnosable mental health disorder.

Drink Coffee To Cut Risk Of Digestive Disorders Like…

The findings showed that those with severe mental distress came out highest for risk of suicide.

However, the majority of all participants experiencing suicidal thoughts or self-harming – 78 per cent and 76 per cent respectively in the first sample, 66 per cent and 71 per cent in the second-ranked as having either mild or moderate levels of mental distress.

“It is well known that for many physical conditions, such as diabetes and heart disease, small improvements in the risks of the overall population translate into more lives saved, rather than focusing only on those at extremely high risk,” said Jones.

“This is called the ‘prevention paradox’, and we believe our study is the first evidence that mental health could be viewed in the same way. We need both public health and a clinical approach to suicide risk,” the researchers noted.

Meanwhile, a recent study, published in the journal Proceedings of the National Academy of Sciences, revealed that COVID-19 pandemic may cause serious physical and mental health problems.

Being closer to nature can reduce distress, behavioural problems in children

COVID-19 In Odisha: Resumption Of Flight Services, Bhubaneswar Airport To Be ‘Touch Free’