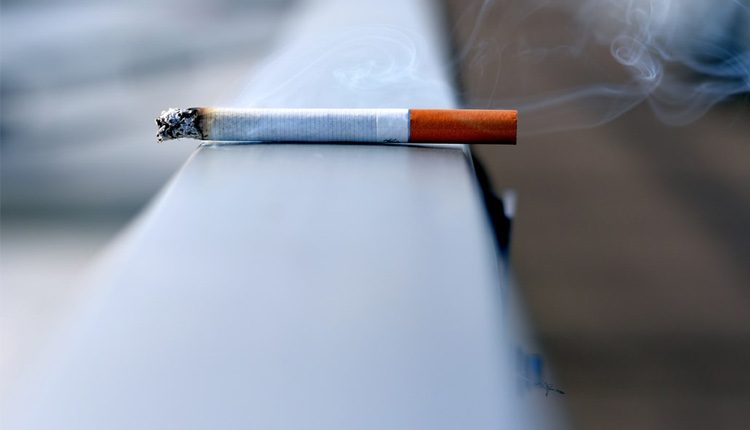 New Delhi: Smoking and tobacco use can have a serious impact on the fertility of both men and women, and consequently the quality of life in pregnancy.

If a woman is a regular smoker, then it has a double effect on a woman’s fertility. Smoking can harm both the eggs and the uterus. It not only affects her egg quality but can also have an endometrial effect. Many studies too have shown that smoking can have negative effects on fertility, notes Dr Apurva Satish Amarnath, Fertility Consultant, Nova IVF Fertility.

“In women, smoking decreases in vitro fertilization (IVF) and intrauterine insemination (IUI) pregnancy rates by about half. Smoking also increases miscarriage rates. smoking also reduces the egg reserve of the woman which is not a reversible condition. For instance, if we are to compare two women with the same characteristics in terms of egg quality, quantity, BMI, AMH-level, among others, the chances are that the non-smoking woman will conceive faster than the smoking woman. If a woman quits smoking completely, then the chances of conception improve and the risk of miscarriage reduces,” Dr Apurva told IANSlife ahead of the International Anti-Tobacco Day on May 31.

From the male’s perspective, the carcinogen quality of cigarettes, in general, affects the motility of the sperm and excessive smoking can lead to the poor sperm count and other fertility problems. As compared to females, the condition can be reversible.

If a man completely gives up smoking the quality of his sperms can improve, resulting in his fertility improving in a span of 3-6 months after quitting completely, she said.

According to Dr Sandeep Chadha, Consultant Obstetrician and Gynecologist at Motherhood Hospital, Noida, smoking during pregnancy is dangerous for both mother and the baby.

If a mother smokes, the 4,000 harmful chemicals present in each cigarette passes directly to the baby through the mother’s bloodstreams. In such cases, the risk of stillbirth and miscarriage goes up beside an increased risk of low birth weight, baby’s heart rate, breathing problem and premature delivery, Dr Sandeep told IANSlife.

These risks to the baby multiply with the number of cigarettes smoked during pregnancy. Not only for babies, but tobacco smoking is also harmful to the mother, increasing her risk of cancers, cardiovascular disease, emphysema, and other conditions.

A study has presented that exposure to secondhand smoke was associated with lower IQs in children. For babies exposed to secondhand smoke, there is an increase in risk for developing asthma attacks, breathing problems, ear infections, impaired lung development, and coughing.

If you are planning to conceive, it’s better for the couple to kick the butt as early as possible.

Smoking During Pregnancy Increases Risk Of Fracture In Infants