Kids Face Depression When They Blame Self For Mom’s Sadness 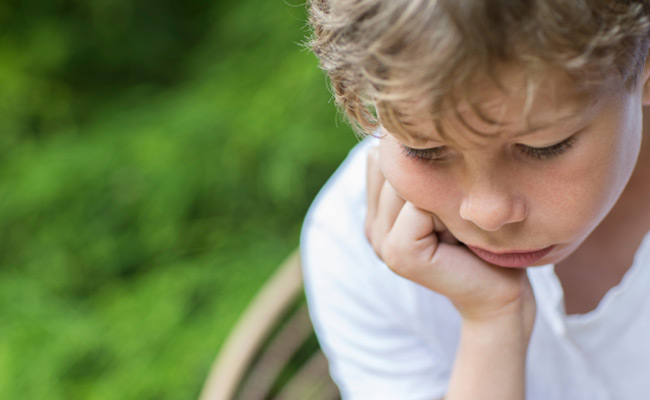 New York: Dear parents, please take note. Researchers have found that kids who blame themselves for mom’s sadness are more likely to face depression and anxiety.

“Although mothers with higher levels of depressive symptoms face an increased risk that their children will also experience symptoms of depression and anxiety, our study showed that this was not the case for all children,” said study lead author Chrystyna Kouros from Southern Methodist University in the US.

“Rather, it was those children who felt they were to blame for their mother’s sadness or depression…that had higher levels of internalizing symptoms,” Kouros added.

The study, published in the Journal of Family Psychology is based on surveys taken by 129 mothers and their children, who were recruited from the Dallas-Fort Worth community through schools, flyers and online advertisements. On average, children included in the study were 13 years old.

According to the researchers, moms were asked to agree or disagree to 20 statements like “I could not shake off the blues” and “I lost interest in my usual activities” to assess if they had depressive symptoms, even if they had not actually been diagnosed with depression.

Nearly 12 per cent of the women surveyed were found to have potential clinical levels of depressive symptoms, the study said.

The moms were also asked to assess whether they felt their children had symptoms of depression and anxiety.

Kids, meanwhile, were asked to complete a total of four surveys to see if they were dealing with any anxiety or depression and whether they blamed themselves for any signs of depression in their mothers.

According to the researchers, there are two likely explanations for the linkage between mothers’ depressive symptoms and kids’ own mental health issues.

“If children blame themselves for their mothers’ depressive symptoms, then they may be more likely to brood about their mother’s symptoms. And we know from an extensive body of research that rumination over stressors – especially ones that are uncontrollable – is linked with depression and anxiety,” Kouros said.

“Also, if children feel personally responsible for their mothers’ symptoms, they may try to ‘make it better’ and use ineffective coping strategies,” Kouros added.

This could lead to a sense of helplessness, failure, and low self-worth in the child, since ultimately the child was misattributing the cause of their mothers’ depressive symptoms, the researchers said.

Over 100 New Minor Planets Found At Edge Of Solar System