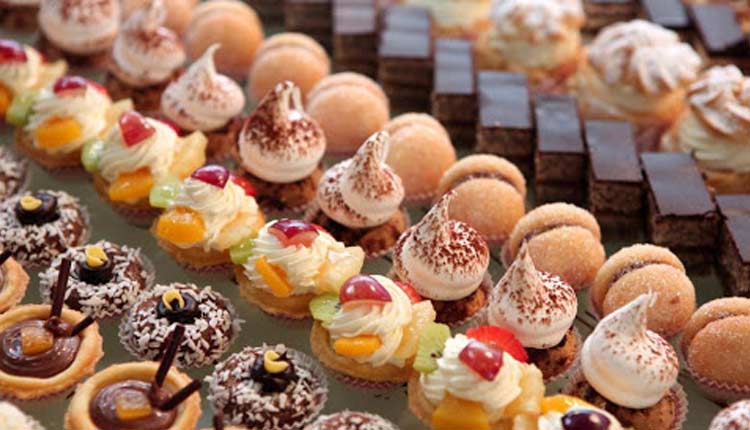 New York: Next time when you hop on desserts, candy, beverages or gum, read on. Researchers have found that a common food additive significantly alters gut microbiota in mice, causing inflammation in the colon and changes in protein expression in the liver.

Human exposure to foodborne TiO2 NPs commonly used as a food additive known as E171, recently banned in France but allowed in the US and some other countries, which is made up of different-size particles of TiO2, including one-third or more that are nanoscale.

E171 makes products look whiter and more opaque. Its exposure is two to four times higher in US. children than in adults.

“I think our results have a lot of implications in the food industry and on human health and nutrition,” said lead author Hang Xiao, professor and Clydesdale Scholar of Food Science.

Gut microbiota, which refers to the diverse and complex community of microorganisms in the gut, plays a vital role in human health.

An imbalance of gut microbiota has been associated with a range of health issues, including inflammatory bowel disease, obesity and cardiovascular disease.

Smaller than 100 nanometers, foodborne nanoscale particles may have unique physiological properties that cause concern.

“The bigger particles won’t be absorbed easily, but the smaller ones could get into the tissues and accumulate somewhere,” Xiao said in Small, a weekly, peer-reviewed journal that covers nanotechnology.

In their study, Xiao and his team fed either E171 or TiO2 NPs to two populations of mice as part of their daily diet.

The mice fed a high-fat diet eventually became obese, while the mice on the low-fat diet did not.

“In both the non-obese mice and obese mice, the gut microbiota was disturbed by both E171 and TiO2 NPs,” Xiao said.

“The nanosized particles caused more negative changes in both groups of mice.”

Moreover, the obese mice were more susceptible to the adverse effects of TiO2 NPs, causing more damage in obese mice than in non-obese ones.

The researchers found TiO2 NPs decreased cecal levels of short-chain fatty acids, which are essential for colon health, and increased pro-inflammatory immune cells and cytokines in the colon, indicating an inflammatory state.

Xiao said further research is needed to determine the health effects of long-term – such as life-long and multigenerational – exposure to TiO2 NPs.

COVID-19 Vaccine Could Come Within 1 Year: WHO Chief