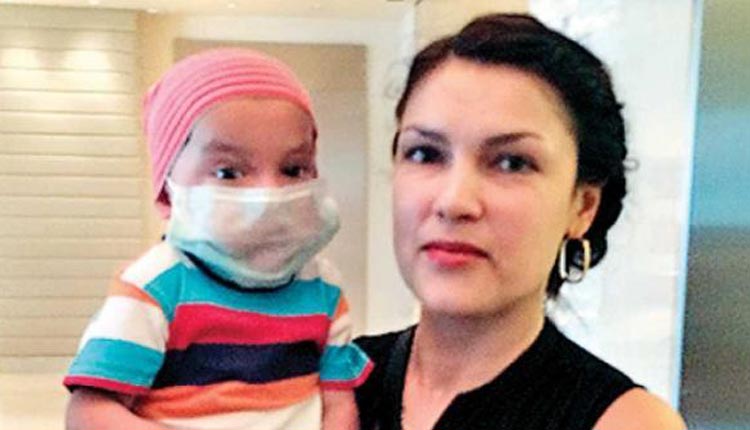 Chennai: In a complex seven-hour operation, a three-year-old Russian boy was successfully operated upon and two artificial heart pumps known as Berlin Heart was implanted, said MGM Healthcare on Monday.

The boy had earlier suffered two cardiac arrests where the heart stopped beating and had to be resuscitated with manual compressions.

In a statement, MGM Healthcare, a private hospital, said the artificial heart pumps will support the right and left side of the heart of the boy who weighs 10 kg.

The marathon surgery was performed in collaboration with engineering support teams from the UK and Germany guided by state-of-the-art virtual technology owing to travel restrictions imposed by the Covid-19 pandemic, MGM Healthcare said.

The three-year-old boy suffered from a heart condition called restrictive cardiomyopathy wherein the walls of the lower chambers of the heart called the ventricles, are too rigid to expand and receive any blood.

The parents of the boy flew him to Chennai for consultation with K R Balakrishnan, chairman and director of Cardiac Sciences and director of the Heart and Lung Transplant and Mechanical Circulatory Support Programme.

The boy was initially treated with medications for around two months, but unfortunately, his condition started worsening. He became critically ill and was admitted to MGM Healthcare.

According to the hospital, the boy’s condition continued to deteriorate and he suffered cardiac arrests twice, where the heart stopped beating and had to be resuscitated with manual compressions.

The only option possible for such a small child was an artificial heart pump and since both the right and left side of his heart was affected, he needed two heart pumps.

Small pumps for such a small child known as Paediatric Biventricular pumps are made only in Germany by a company called Berlin Heart, the statement said.

However, the challenge was to fit the cannula needed for the pump inside the boy’s small chest cavity. Additionally, managing anaesthesia and surgery on such a small child wearing the mandatory personal protective equipment called for the best of clinical expertise.

Experts from multiple backgrounds and countries joined via teleconference to support the team in Chennai.

Commenting on the treatment, Dr Balakrishnan said, “This was a huge challenge, given the prevailing circumstances. Berlin Heart will support the circulation of this child till the heart recovers or he gets a transplant.”

The implant procedure was performed on May 25.

Post-implant, the boy was kept under observation for a few weeks. The child has recovered remarkably well and has gained weight in a very short time and has been discharged from the intensive care unit. He is absolutely fine now, Dr Balakrishnan added.

According to Suresh Rao KG, co-director, Institute of Heart and Lung Transplant and Mechanical Circulatory Support and HOD, Cardiac Anaesthesia, newborns with heart failure or children suffering from severe heart insufficiency don’t really have much of a choice.

“A heart transplant most of the time is the only possibility for survival. The problem which the doctors are facing is that there is hardly a chance to keep their patient’s condition stable until a heart transplant becomes possible. Waiting times are much too long until the donor’s hearts become available. The demand for life-saving heart-assisting devices, which could bridge the time by mechanically supporting the heart function, is enormous,” Rao said.