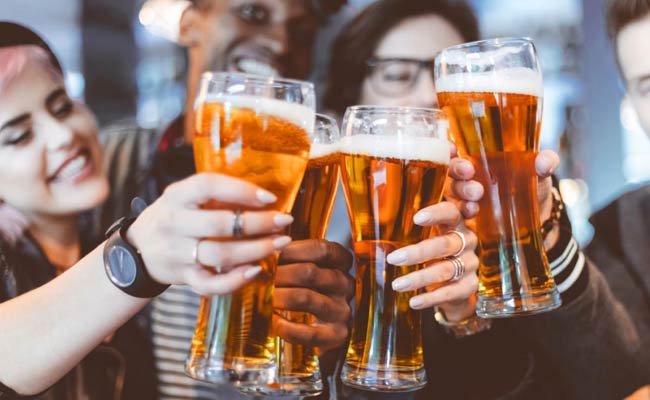 Sydney: Whether it is Mojito or a simple glass of fizz, if you find yourself bingeing on more than a few, you could be putting your physical and mental health at risk because binge drinking can contribute to drunkorexia, say researchers in a study that involved young women.

Drunkorexia is a damaging and dangerous behaviour where disordered patterns of eating are used to offset the negative effects of consuming excess alcohol, such as gaining weight.

After examining the drinking patterns of 479 female Australian university students aged 18-24 years, researchers found that a staggering 82.7 per cent of students surveyed had engaged in drunkorexic behaviours over the past three months.

And, more than 28 per cent were regularly and purposely skipping meals, consuming low-calorie or sugar-free alcoholic beverages, purging or exercising after drinking to help reduce ingested calories from alcohol, at least 25 per cent of the time.

“Due to their age and stage of development, young adults are more likely to engage in risk-taking behaviours, which can include drinking excess alcohol,” said study researcher Alycia Powell-Jones from the University of South Australia.

Excess alcohol consumption combined with restrictive and disordered eating patterns is extremely dangerous and can dramatically increase the risk of developing serious physical and psychological consequences.

The study, published in the journal Australian Psychologist, was undertaken in two stages. The first measured the prevalence of self-reported, compensative and restrictive activities in relation to their alcohol consumption.

The second stage identified participants’ Early Maladaptive Schemes (EMS) – or thought patterns – finding that that the subset of schemas most predictive of Drunkorexia were ‘insufficient self-control’, ’emotional deprivation’ and ‘social isolation’.

The researchers said identifying the early maladaptive schemas linked to drunkorexia is key to understanding the harmful condition.

These are deeply held and pervasive themes regarding oneself and one’s relationship with others that can develop in childhood and then can influence all areas of life, often in dysfunctional ways. Early maladaptive schemas can also be influenced by cultural and social norms.

The findings showed that drunkorexic behaviour appears to be motivated by two key social norms for young adults – consuming alcohol and thinness.

“This study has provided preliminary insight into better understanding why young female adults make these decisions to engage in drunkorexic behaviours,” Powell-Jones said.

Cyclone Amphan: With 7 Lakh Expected To Be Affected, Odisha Swings Into Action Mode