Babies With COVID-19 Tend To Have Mild Illness, Mostly With Fever 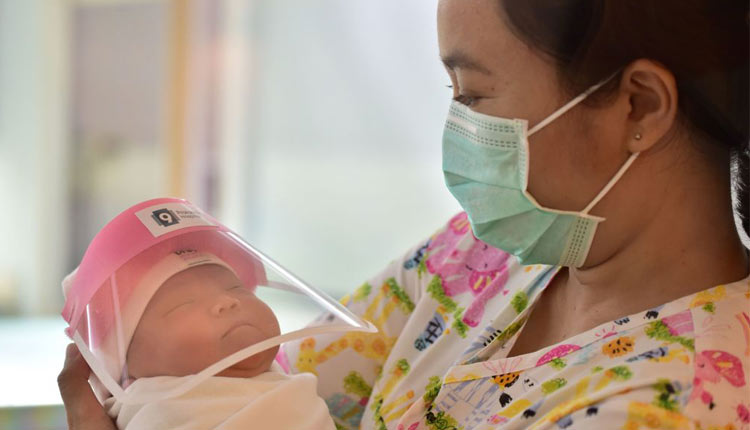 New York: A team of US scientists, led by an Indian-origin researcher has found that infants under 90 days of age who tested positive for COVID-19 tend to be well, with little or no respiratory involvement.

The fever was often found to be the primary or only symptom, said the study, published in the ‘Journal of Pediatrics’.

“Our findings suggest that these babies mostly have mild illness and may not be at higher risk of severe disease as initially reported from China,” said study lead author Leena B. Mithal from Northwestern University in the US.

“Most of the infants in our study had a fever, which suggests that for young infants being evaluated because of fever, COVID-19 may be an important cause, particularly in a region with widespread community activity,” Mithal explained.

“However, evaluation for bacterial infection in young infants with fever remains important,” she added.

The study included 18 infants, none with a significant medical history. Of the 50 per cent of these infants who were admitted to the hospital’s general inpatient service, none required oxygen, respiratory support, or intensive care. Indications for admission were mainly clinical observation, monitoring of feeding tolerance, and ruling-out bacterial infection with empiric intravenous antibiotics in infants younger than 60 days.

Of the infants admitted to the hospital, six out of nine had gastrointestinal (GI) symptoms (poor feeding, vomiting and diarrhea). Upper respiratory tract symptoms of cough and congestion preceded the onset of GI symptoms.

The decision to admit to the hospital is based on age, need for preemptive treatment of bacterial infection, clinical assessment, feeding tolerance, and adequacy of follow-up, the researchers said. The research team also observed an overrepresentation of Latinx ethnicity among their sample of infants with COVID-19 (78 per cent). At the height of the COVID-19 pandemic in Chicago, over 40 per cent of cases were in individuals of Latinx ethnicity.”Although we expected that there would be many infants of Latinx ethnicity with COVID-19, there may be additional factors contributing to the disproportionate majority of Latinx cases we observed in this age group,” Dr Mithal noted.

COVID-19 Can Spread Even Before People Show Symptoms