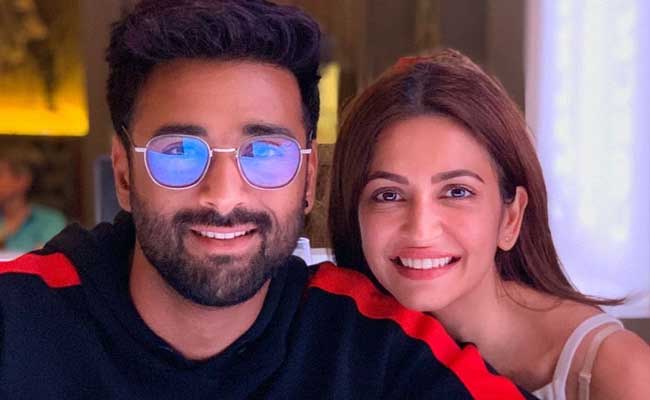 The pair of Pulkit Samrat and Kriti Kharbanda has been painting the town red with their love ever since the two were paired together in Pagalpanti. Kriti had a good 2019 year with Housefull 4 becoming one of the major hits of the year whereas Pulkit is still struggling to get into the mainstream.

Although he had a solid backup from Bhaijan Salman Khan during his initial days in Bollywood as Pulkit was then married to his supposed sister Shweta Rohira. But the Fukrey actor divorced his wife as he was rumoured to be dating his co-star of Sanam Re, Yami Gautam.  However, his alleged affair with Yami did not go further and he was single for a while.

But since meeting Kriti the two have been inseparable and have been living together amid lockdown. The couple has also been regularly sharing their fun videos on social media entertaining the fans.

Kriti Is Happy About Her Journey

Recently during an online interview, the Veerey Ki Wedding actress revealed some interesting things about herself as well as Pulkit.  Since her zodiac sign is Scorpion Kriti is highly passionate about all the things that she does. Being an outsider, she had to face her struggle to get roles but Kriti does not think much about it and always stay focused and positive. Rather she believes being a star kid and not getting enough success can be much of a cause for worry.

She is rather proud of herself and very happy about her journey which has helped her grow as a person. Kriti says she is the reason why her parents could take flight and be where they wanted to be because earlier they could never travel in the air. She is proud of the fact that her kids are going to be star kids and that is her achievement.

No One Can Win A Quiz Around Kriti

When the interviewer said this Kriti said although it is not true, she is highly competitive and fights tooth and nail during a competition. That is why she is called monitor didi at home. She also revealed one interesting fact that whenever Kriti is around no one can cheat because she will never allow it to happen. The sultry actress said that she has a hawk’s vision and observes everyone and she will catch even the stupidest thing of a person which otherwise goes unnoticed most of the time.

That is why no one dares to cheat her in games. Kriti Kharbanda says, “Pulkit Samrat is afraid to play games with me. He says you are so competitive that you will break somebody.” Now that is indeed a tough thing for someone like the Fukrey Returns actor who is known a lot for his alleged cheatings and affairs.

BDO Misbehaviour: OAS Officer Beats Up Man ‘In A Fit Of Rage’