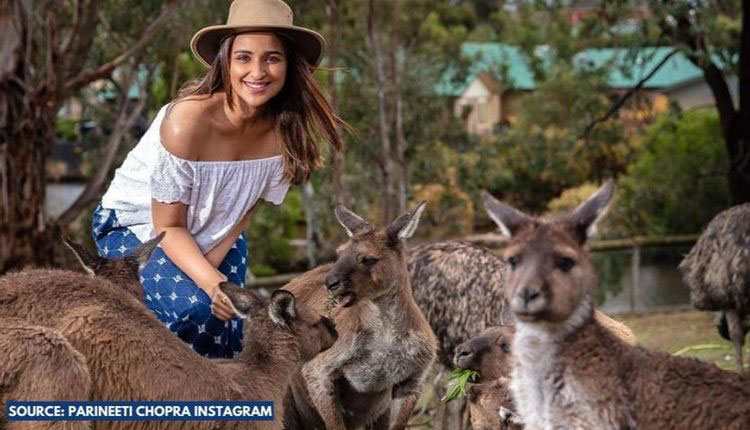 Animals have a special way to express their love. As they say, animals don’t hurt unless they are poked. While many Bollywood stars have been advocating for animal welfare, celebrities like Dia Mirza, Parineeti Chopra and Pulkit Samrat among others love spending time with them.

On this World Wildlife Day, here are some celebrities who love spending time with the animals…

Actress Mouni Roy’s social media handle is a testament to her devotion to animals. The actress has often shared pictures of spending time with her furry friend. Recently, Mouni visited Dubai and spent some quality time with animals. Mouni also played tug-of-war with a liger and needless to say, she lost to the liger.

Dia Mirza doesn’t only voice for climate changes, she also actively participates in the welfare of animals and wildlife. The actress often goes out on safari and enjoys spending time in the Wild.

Actress Parineeti Chopra made headlines when she posted pictures of a koala bear in Australia. The actress had defined that she had experienced a different feeling altogether as she had held the koala bear in her arms. She also spent some quality time with the kangaroos. “I feel like it was yesterday when I was with these beautiful babies. I travel to Australia so often as tourism ambassador; it is the most beautiful country and I cannot believe what is happening there! Make no mistake – this is because of climate change!!! This is on us. We need to fix so much, NOW. #Australia,” Parineeti tweeted.

Bollywood actor Pulkit Samrat will soon be seen in Haathi Mere Saathi alongside Rana Daggubati and the actor has fallen in love with the mighty beast. The actor also introduced Unni – the elephant and revealed that he has even shared meals with Unni. Pulkit wrote, “For me, this ain’t just a title of my movie anymore. It stands true to the time I shared with this gentle beast. Meet Unni the elephant; playful, gentle, understanding and more human than any human I know. I feel blessed to spend a year and a half in the forest with this beautiful soul. We shared our meals quite often. Really..!! I used to have red rice with sambhar while I fed him huge red rice balls mixed with jaggery.”

It’s a known fact that Randeep Hooda is a horse lover. However, he equally loves other animals. The actor recently shared that he had fulfilled one of his dreams when he spotted a leopard in the wild at Jhalana Leopard Sanctuary in Jaipur.

He also experienced other safari experiences and spotted other wildlife at a distance.

Randeep’s Instagram handle gives an idea of how much he loves spending time in the wild and documenting it.