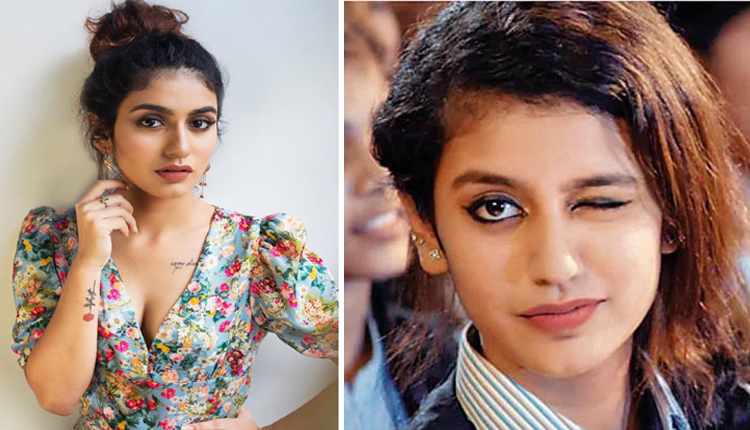 Wink Girl Priya Prakash Varrier who broke the internet with just one wink is set to take the virtual world by storm again. This time by her energetic dance moves to a mass Telegu song titled Ladi Ladi. The song, which also stars debutant Rohit Nandan, brings Priya’s dancing and singing skills to the limelight.

Surprisingly, the Telegu actor has also lent her voice to the track along with the sensational Rahul Sipligunj, The song is an upbeat party song with a lot of hook steps with Priya showing off her sass and style with the crazy moves.

Earlier, Varrier took to Instagram to share the behind the scenes video of the song. In the video, she is seen lying on the ladder as the other actors turn the ladder. She shared a thank you note where she expressed her gratitude towards the team for letting her try this new avenue.

PPV has always told her fans and media that dancing is her forte and she would love to experiment with various styles of dancing in the industry.

Priya Prakash Varrier, who made her debut with the Malayalam film Oru Adaar Love, which became an internet sensation overnight, will be seen in the Bollywood movie “Love Hackers” which will be her second Hindi film. She will be venturing into BTown with a film titled Sridevi Bungalow.

Admissions Under EWS Quota In Pvt Schools To Get Online: Odisha Minister