Who Is Shweta And Why Has She Become Viral Sensation Overnight? 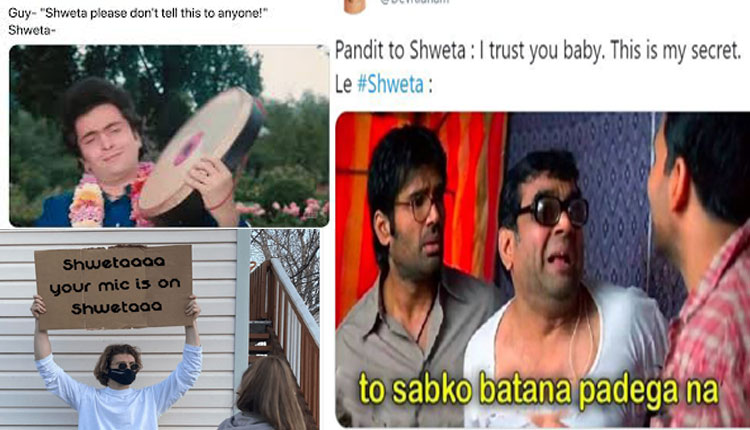 While there are a number of cons to online meetings and classes, the story of Shweta has become a hazard story for all digital users. Beating the ‘Pawri Ho Rahi’ girl as the latest social media sensation is Shweta, a girl who has become the talk of the internet just because she forgot to switch off her mic.

If you are wondering who is Shweta and why she is trending on all the social media platforms, it is because she forgot to switch off her mic during a zoom meeting consisting of 111 people. That is not it, she went on to gossip in detail with her friend on call which went public and caught the attention of not only the class but now the entire internet.

In the video, the girl continues to gossip about a boy who had asked to keep a secret from her unaware of the fact that she is audible to the entire class. Her fellow students tried to warn her a number of times and shout that the mic is on but all in vain. Towards the end she tells her friend on call, “Usne ye apne best friend ko bhi nahi bataya” to which a fellow student jokes, “Ab ye 111 logo ko pata chal gaya hai”

Since the video has gone viral, netizens are leaving no stones unturned for churning out hilarious memes and even asking #JusticeForShweta as her secret was out. Memers also pity the boy who trusted Shweta on his secret buts he let out to the world. Check out some of the most chuckle-worthy memes –

#Shweta talking to radhika on conference call with 111 others

The Guy who told his secret to Shweta…. pic.twitter.com/0evUdRqhS1

Guy- “Shweta please don’t tell this to anyone!”
Shweta- pic.twitter.com/DiuSAjQGyM

That Pandit guy to Shweta: pic.twitter.com/iErpzuEK9M

Other online students asking Shweta to turn off her Mic : pic.twitter.com/4NHZ7ijM1W

That guy listening his own secret revealed by Shweta pic.twitter.com/s6jJtRrniu

Other people who told Shweta their secrets, right now pic.twitter.com/DsUMvBGHrl