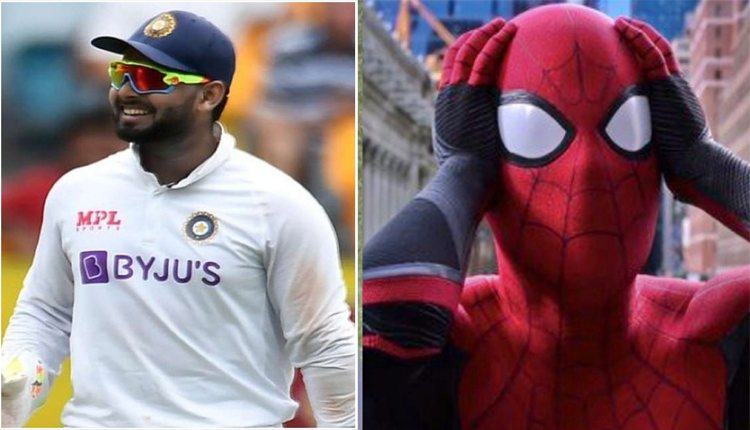 Rishabh Pant’s record-breaking innings helped India claim a historic win at Gabba. He has become the talking point of the internet. However, the Delhi Boy is on the trending list not only because of his bowling but also his chatter behind the stumps. During the fourth day of the final Test against Australia in Brisbane, Pant’s antics became the talking point of the internet.

On Monday, Rishabh Pant was caught singing the Hindi Spiderman song that has left the public in splits. During the 59th over of the Australian 2nd innings, Rishabh was talking to the Indian off-spinner Washington Sundar. He told him to spin a web around the Australian batsmen just like Spiderman does and then started singing the Hindi Spiderman song. The audio which was captured by the stump mike has triggered a meme fest on the internet.

Shane Warne- “Rishabh Pant should just zip it & let the Aussies concentrate at the crease.

Amazon Prime was soon to release a list of Spiderman movies to add to the viral fever. Check Out The Funniest Memes –

Akshay Kumar will play Rishabh pant in his next movie. Reportedly there is item song named Spiderman spiderman. #RishabPant pic.twitter.com/xBXVg39dal

Yesterday he was singing Spiderman Spiderman. Today he did a Spiderman 🔥🔥.
Pant 👑❤️#AUSvIND pic.twitter.com/YZF0Zvu0GP