#Watch Godzilla Vs Kong: Most Deadly Monsters Clash In The Battle Of The Year 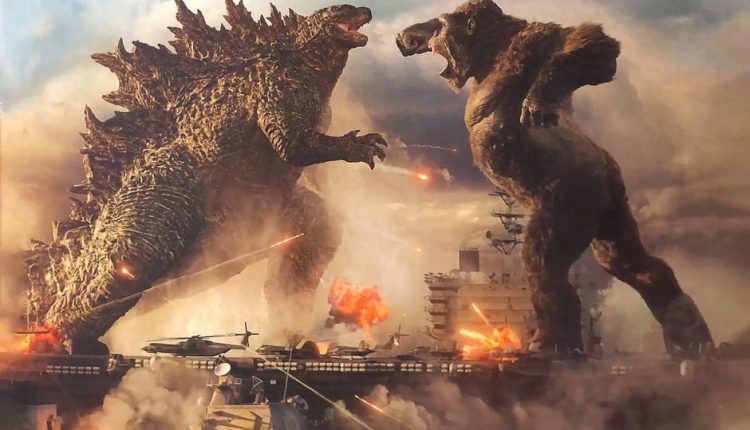 The biggest and the most epic battle of the year is here. The two deadliest monsters are set to clash in Godzilla VS Kong and the trailer has left the fans shook with stunning visuals of the huge beasts.

From the trailer, the story is predictable for the fans who have already watched King Kong or Godzilla. Kong will go to the extent to protect a human child after forging an unlikely bond with her. Godzilla is an evil guy who aims to destroy the planet and humanity. As Kong joins forces with humans, he will clash with Godzilla to stop him from, succeeding. The audience now has to see who wins this battle.

The visuals are breathtaking along with the graphics which seem life-like. The netizens cannot stop appreciating the Godzilla Vs Kong trailer and expressing their anticipation for the same.

This is cinema. Look at how beautiful this shot is. The monsterverse continues to deliver. #GodzillaVsKong pic.twitter.com/qnpBVOfkh6

The synopsis of Godzilla Vs Kong is explained by the makers as follows “Legends collide in Godzilla vs. Kong as these mythic adversaries meet in a spectacular battle for the ages, with the fate of the world hanging in the balance. Kong and his protectors undertake a perilous journey to find his true home, and with them is Jia, a young orphaned girl with whom he has formed a unique and powerful bond. But they unexpectedly find themselves in the path of an enraged Godzilla, cutting a swath of destruction across the globe. The epic clash between the two titans—instigated by unseen forces—is only the beginning of the mystery that lies deep within the core of the Earth.”