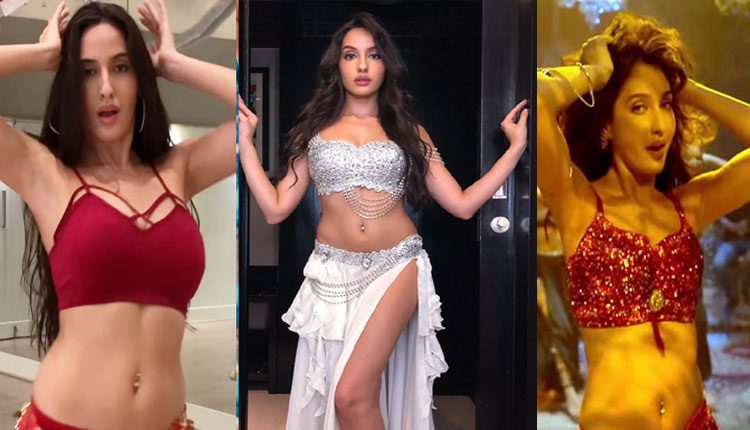 Queen of hearts Nora Fatehi who rules the dance floors and the song charts throughout the year turns 29 today. Movies that don’t even need a song try to fit in a track to cast the birthday girl and cash in her popularity. It took almost a decade for the Moroccan beauty to charm the audience on the big screen but when she did there was no going back.

On Nora Fatehi’s birthday, let us look at five times she set the stage on fire with her sizzling moves –

Evidently, this song was the rise of the dance diva as she grabbed eyeballs with her moves and made people swoon over her. She had earlier done dance numbers in Telegu, Tamil, and Malayalam movies, this Hindi song marked the start of her journey towards fame.

The song which took the nation by storm and became a rage was because of Nora’s breathtaking dance moves and belly dancing that was never executed by any actor or dancer on the big screen. The craze among the audience was such that they wanted Nora in every song and movie as they couldn’t get enough.

After Dilbar Dilbar, there were too many expectations on the dance diva but the John Abraham and Nora Fatehi duo made it a hit with Saki Saki once again. The recreation of the 90’s song made waves among the audience and established her as the undisputed queen of the dance floor.

Nora Fatehi’s signature move in Garmi made jaws drop and not only added to the success of the song but also the movie ABCD 2 where she played a pivotal character as well. Choreographed by Prabhu Deva, this song showcases Fatehi’s best dance moves.

Nora Fatehi launched an exclusive music video on her Youtube channel. Flaunting her new look in pink hair and a brand new style, her dance moves were killer enough to make it the most trending video on the internet when it dropped.

Reopening Of Schools For Class 1 to 8 Students; SOP Being Prepared, Says Odisha Minister