Virat Kohli changed his bio on Twitter after he became a proud parent of a girl-child on 11th January 2021. Now his bio reads, “A proud husband and father.” 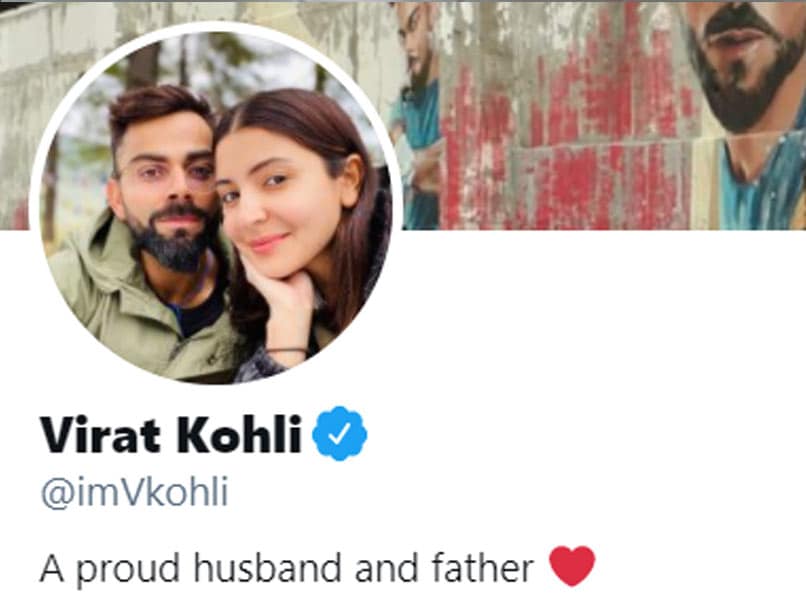 The Indian skipper and his actress-wife Anushka Sharma were overjoyed when their daughter was born. Virat took to social media and expressed his feelings.

He penned, “We are thrilled to share with you that we have been blessed with a baby girl this afternoon. We thank you for all the love, prayer, and good wishes. Anushka and the baby are both healthy and we are feeling beyond blessed to start this new chapter of our lives. We hope that you will respect our privacy at this time.”

The star Indian batsman attracted a lot of criticism as he applied for paternity leave during India’s tour of Australia so that he could be with his wife during the birth of their first child.

Unfortunately, India lost disastrously to Australia in the first test and this also attracted a lot of memes and criticism on Twitter. Despite being in India, the Indian cricket star has been following the way his teammates are playing in Australia and is actively supporting them on Twitter.

Outstanding application and belief by @Sundarwashi5 and @imShard. This is what test cricket is all about. Washy top composure on debut and tula parat maanla re Thakur! 👏👌

Heartbroken to hear about the demise of Hardik and Krunal’s dad. Spoke to him a couple of times, looked a joyful and full of life person. May his soul rest in peace. Stay strong you two. @hardikpandya7 @krunalpandya24

Kohli is very close to Hardik and even celebrated New Year with the Pandya brothers this year.