Vijay Devekonda and Rashmika Mandanna are one of the most loved onscreen couples. Their sizzling chemistry and camaraderie are too cute to miss. Even though both of them have denied…

Vijay Devekonda and Rashmika Mandanna are one of the most loved onscreen couples. Their sizzling chemistry and camaraderie are too cute to miss. Even though both of them have denied being in a relationship, their fans root for them because they seem to be the perfect couple.

Even though time and again they have denied their romantic link-ups, their off-screen screen rapport, caring nature towards each other and their social media banter all indicate to their amazing chemistry which makes the fans strongly believe that they are in a relationship.

And to the surprise of fans, actor Vijay Devarkonda went down on his knee for Rashmika Mandanna. Yes, the actor indeed did it however, if you are thinking that he proposed or confessed his feelings, give a break to your imaginations as the Arjun Reddy star did go on the knees for Rashmika Mandanna but it was for an ad shoot in which they both paired recently.

Notably, Vijay and Rashmika Mandanna will be sharing screen space after a 2-year hiatus.

Earlier the pair was seen in Geetha Govindam and Dear Comrade where their on-screen chemistry became the talk of the town.

In the BTS video of the ad shoot, Vijay looks dapper in a all white blazer pant while Rashmika looks stunning in a slip dress. In the video, their chemistry is evident as Vijay is seen going down on his knee and proposing to Rashmika who is sitting on a swing.

Yesterday, Rashmika shared a picture on her Instagram story with a sticker ‘Guess Who?’ And today it is revealed that he is none other than Vijay! 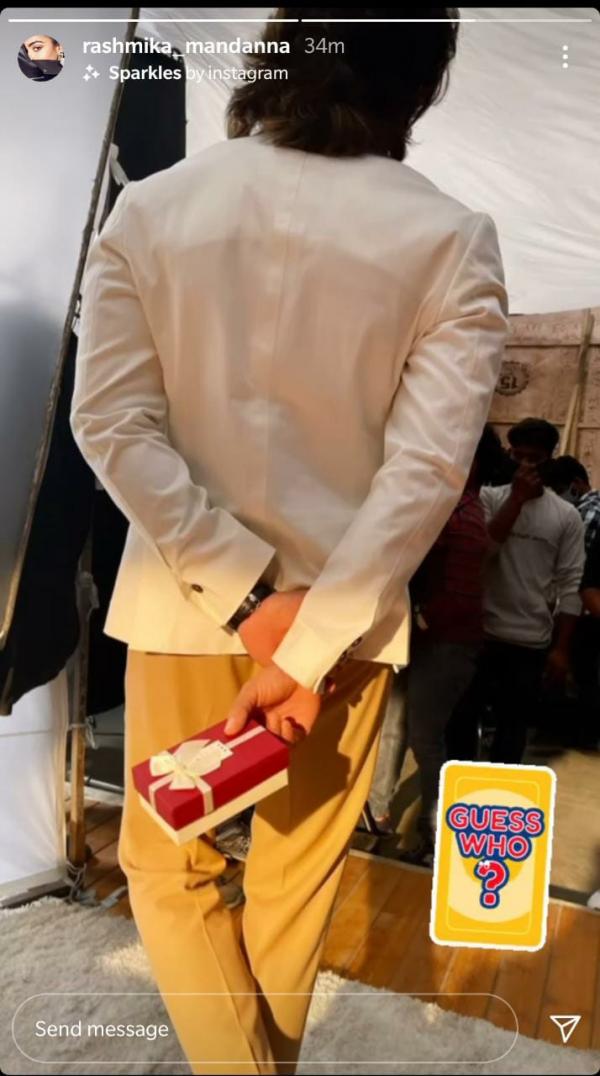 On the work front, Vijay will be next seen in Puri Jagannadh’s Liger, opposite Ananya Panday which will mark his Bollywood debut while Rashmika will be seen in Sukumar’s Pushpa opposite Allu Arjun. She will also seen making her Bollywood debut in ‘Mission Majnu ‘ opposite Sidharth Malhotra.