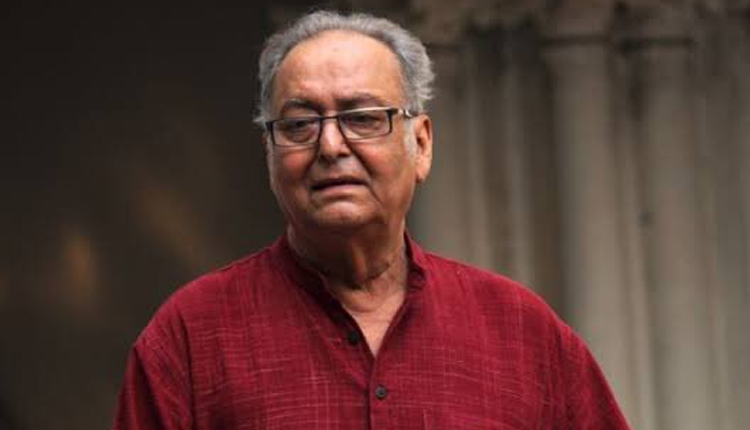 Kolkata: Legendary Bengali actor Soumitra Chatterjee died on Sunday after over-a-month-long battle with multiple ailments, a statement issued by the hospital, where he was undergoing treatment, said.

He was 85. The thespian is survived by wife, son and daughter.

“We declare with heavy heart that Shri Soumitra Chattopadhyay breathed his last at 12.15 pm at Belle Vue Clinic today (15 November 2020). We pay our homage to his soul,” the hospital said in its statement.

Chatterjee was admitted to the hospital on October 6 after he tested positive for COVID-19. He recovered from the infection, but his condition did not improve as he suffered from multiple ailments, including neurological complications.

The 85-year-old Dadasaheb Phalke awardee has been admitted in the Intensive Care Unit (ICU) of Kolkata’s Belle Vue Hospital for almost 40 days and his consciousness level went down significantly since Friday.

He was shooting for a documentary titled “Abhijan” directed by actor Parambrata Chattopadhyay. Last time he attended the shooting floor at Bharatlaxmi Studio was on October 1. The next shooting schedule was fixed on October 7.

Soumitra Chattopadhyay — Chatterjee to anglicised India — answers to the term ‘phenomenon’ as absolutely as few actors do, for the sheer ease with which he defied the cliches of image. His stardom was sensational, and yet born out of realism. He was the mascot of the peerless Satyajit Ray’s oeuvre, having worked with the maestro in 14 films, and yet he scored with the same assuredness in works of contemporary commercial powerhouses as Ajoy Kar and Tarun Mazumdar. He is the Dadasaheb Phalke Award (2012) and Padma Bhushan (2004) recipient who was also honoured with the Legion d’Honneur (2018) in France for his contribution to world cinema.