Varun Dhawan, Nora Fatehi Open Up About Their Breakups 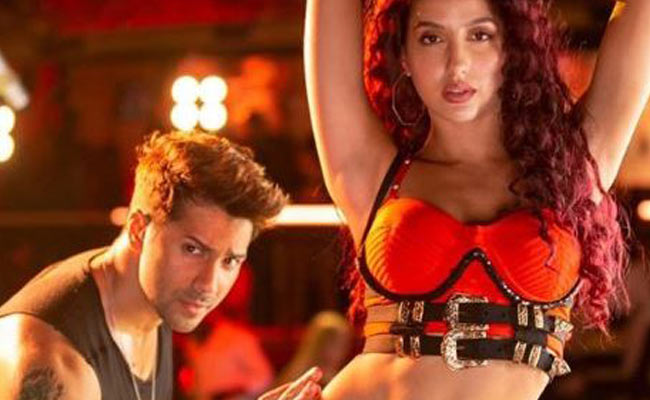 Besides, songs of the dance flick are already breaking the internet. Prior to the release of the movie, during the promotion of ‘Garmi’ song of the movie, a journalist asked Varun and Nora about their heartbreak in life.

Responding to the question, director Remo D’Souza who was also there, first said while pointing towards his wife, “My speed breaker is here.”

Varun passed on the question to Nora and asked her to reply first… “Why, (should I reply first), is it because I am single? I want to know, have you ever faced the heartbreak?” the ‘Garmi’ girl replied.

“Have I ever faced a heartbreak? Are you (Nora) in their team or our team?” Varun jokingly asked Nora and admitted that he ‘faced heartbreak in college or something’.

Without wasting time, Nora also replied, “Everyone has faced heartbreak in life.”

Varun further said that after the breakup, life didn’t end there for him, rather there has been no looking back since then.

On being asked about the name of the girl, Varun said she was just a normal girl and he didn’t want to reveal her name.

Varun Dhawan will next be seen in Coolie No 1, which will be directed by his father David Dhawan. This comedy-drama will also feature current Bollywood sensation, Sara Ali Khan.

Coolie No 1 is slated to hit the theaters on May 1.

Column: For Chilika To Survive Prawn Culture Must End