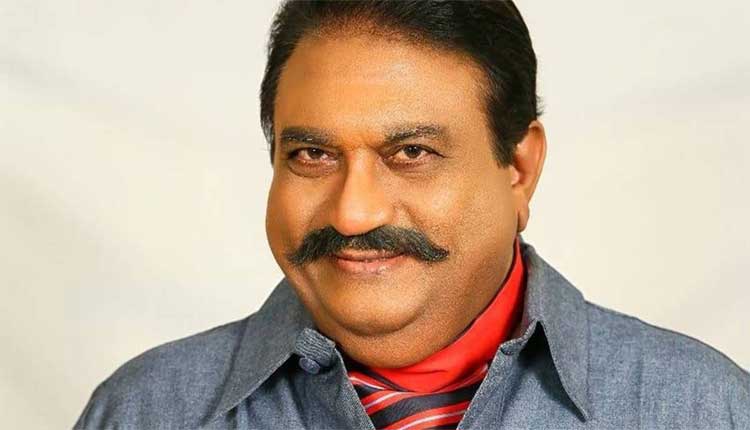 Guntur (AP):South Indian actor Jaya Prakash Reddy, who was best known for his comic as well as villainous roles in Telugu films, died on Tuesday. The film industry has been left shocked and saddened by the death of Reddy.

The actor reportedly died after suffering a cardiac arrest. He was 73 and took his last breath at his residence in Guntur, Andhra Pradesh.

As soon as the news of his death broke, several Telugu film stars and film-makers, politicians, took to Twitter to pay tribute to the late actor.

Chandrababu Naidu, the former Chief Minister of Andhra Pradesh expressed his sadness on the demise of Jaya Prakash Reddy.

Telugu cinema and theatre has lost a gem today with the demise of Jayaprakash Reddy Garu. His versatile performances over several decades have given us many a memorable cinematic moments. My heart goes out to his family and friends in this hour of grief. #JayaPrakashReddy pic.twitter.com/gOCfffmQjP

Among other SS Rajamouli, Nagarjuna, Mahesh Babu, Prakash Raj, Venkatesh Daggubati, Jr NTR, Genelia D’Souza, and many other actors and filmmakers condoled the demise of Reddy.

Saddened by the passing of #JayaPrakashReddy garu. One of TFI’s finest actor-comedians. Will always cherish the experience of working with him. Heartfelt condolences to his family and loved ones.

He was a fine gentle man mr. Jaiprakash reddy Garu .. my condolences to his family and may his soul rest in peace🙏

Shocked & saddened to know about the sudden demise of #JayaPrakashReddy garu. Had great times working with him. Thanks for entertaining us with your versatility by portraying some memorable comedy and villian roles over the decades. May your soul rest in peace 🙏

Saddened to know that Jaya Prakash Reddy Garu is no more . Condolences to the family , near & dear ones . May he Rest in Peace . pic.twitter.com/HPODCOWvEB

I am extremely sad to hear about the sudden demise of my dear friend #Jayaprakashreddy garu. We were such a great combination on screen. Will definitely miss him. #RIP 🙏😢
Praying for his family and loved ones 💔 pic.twitter.com/9E2FCVVXod

Thank you for all the entertainment #Jayaprakashreddy garu.. deepest condolences, prayers & strength to the family and the loved ones. #RIP https://t.co/53rx0twBBp

Jaya Reddy made his debut back in 1988 with the film Brahma Puthrudu starring Venkatesh in the leading role.

Then he went on to star in several movies namely from Amar Akbar Anthony to Nela Ticket leaving a special mark on the audience every time.

Reddy was last seen in the film Sarileru Neekevvaru released in 2000. The film starred Mahesh Babu in the leading role along with Rashmika Mandanna and Vijayashanti.

Akshay Kumar’s FAU-G: Speculations, Rumors, and The Truth About The Mobile Game