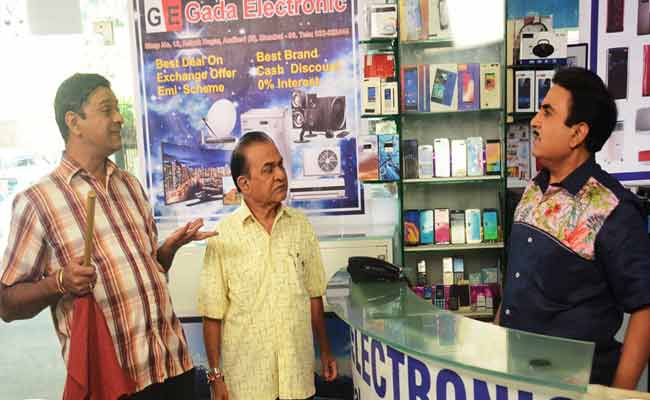 “Taarak Mehta Ka Ooltah Chashmah” continues to enjoy a huge following. Apart from the daily weekday shows, fans also love to watch the marathon of episodes that are aired every day on Sony SAB and Sony Pal. In the last episode, the audience saw how a confusion was created when Bagha by mistake sends a “Tum bewakof ho” message to none other than the ekmeva secretary of Gokuldham, Atmaram Tukaram Bhide.

It created a hilarious situation with Bhide thinking that Jethalal has purposely asked Bagha to send the message and calls him down for a fight. The incidence makes both Jethalal and Bhide aggressive and they start fighting with each other. When Jethalal says that he has not asked Bagha to send such a message, Bhide asks him then why is Bagha not picking up his phone.

So, Jethalal calls Bagha but he does not answer yet again. That is when Jethalal decides to call Nattu Kaka who lives with Bagha. When Bagha comes on the phone he says that the message was sent by mistake as he was supposed to send it to his friend Bhiku and not Bhide. With the misunderstanding getting cleared, everything is back to normal in Gokuldham.

Bagha And Nattu Kaka To Gift Magic Wand To Jethalal?

In the upcoming episode of “Taarak Mehta Ka Ooltah Chashmah,” Nattu kaka and Bagha will be eager to welcome Jethalal to the shop as they have something special for him. When Jethalal reaches Gada Electronics, they tell him about a magic wand that will change Jethalal’s life for good. As is known the kundali of Jethalal is such that problems keep on showing up at his doorstep every day and he is somehow trapped in them.

Bagha and Nattu kaka believe that with this magical wand their sethji will be able to live a peaceful life without any troubling incidences. Will the magic wand free Jethalal’s life from problems?

Sehwag Lauds Rohit, Shami’s Effort In His Own Style