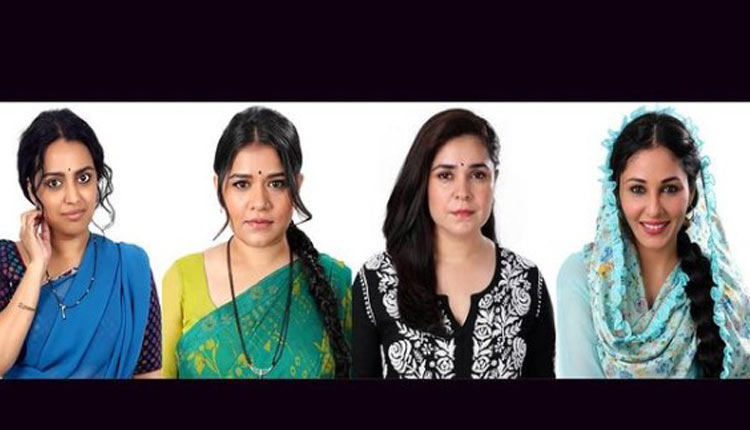 If two’s better than one, with these four ladies the fun has just begun! Bollywood actress Swara Bhasker once again will be seen playing a strong character in another high-on-content film. And three other ladies Shikha Talsania, Meher Vij and Pooja Chopra joined her in the journey.

Jahaan Chaar Yaar is set to go on floors on March 5. The adventurous film is set to be filmed in the rustic locales of Uttar Pradesh and the ravishing beaches of Goa.

On Monday, the makers announced the news with a poster. The makers shared the picture of the ladies and they look the part of middle-class women just perfect. While Swara and Shikha can be seen wearing saree and completed their look by adding mangalsutra, Pooja and Meher wore salwar suits.

Jahaan Chaar Yaar is a story of four friends who are trapped in their hapless monotonous lives. They have nothing exciting except looking forward to their trip to Goa. And it turns to be a roller coaster ride for them.