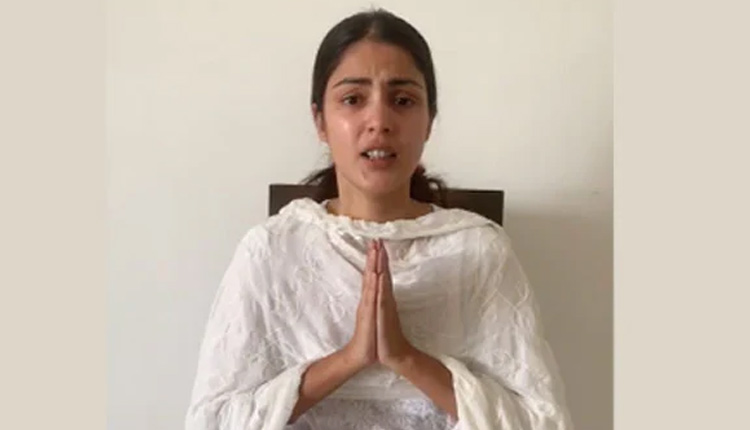 Bihar DGP Gupteshwar Pandey today said that Rhea Chakraborty is scared and may not appear before the Enforcement Directorate (ED) which has summoned her in connection with the Sushant Singh Rajput death case.

Speaking to Republic TV about ED’s summon to Rhea Chakraborty, Pandey said “I don’t think she will be present before the ED. Because she is scared that she will be caught and arrested. Since the beginning, she has been a suspect. The entire country is watching. But I am confident that now CBI has begun its probe and nothing will be spared.”

The Bihar DGP also came down heavily on the BMC for not releasing IPS officer Vinay Tiwari alleging that Tiwari has been placed under ‘house arrest’ and not quarantined. “I feel our officer has been put under House arrest. He has been held,” said Pandey.

He further said, “I had sent a message to the Maharashtra DGP. I told him that Vinay Tiwari has been quarantined while he was only on a 3-day visit. I have not got any response. How will this country run? By a constitution or by the BMC’s ego?”

Meanwhile, the four-member Bihar Police team which was in Mumbai to investigate the alleged suicide case of actor Sushant Singh Rajput returned to Patna on Thursday. The team will submit its report to Patna’s Superintendent of Police Upendra Sharma.

Rhea Chakraborty has been summoned by the ED for questioning on Friday (August 7) in a money-laundering probe based on the complaint filed by Sushant Singh Rajput’s father with the Bihar Police in connection with the actor’s death.