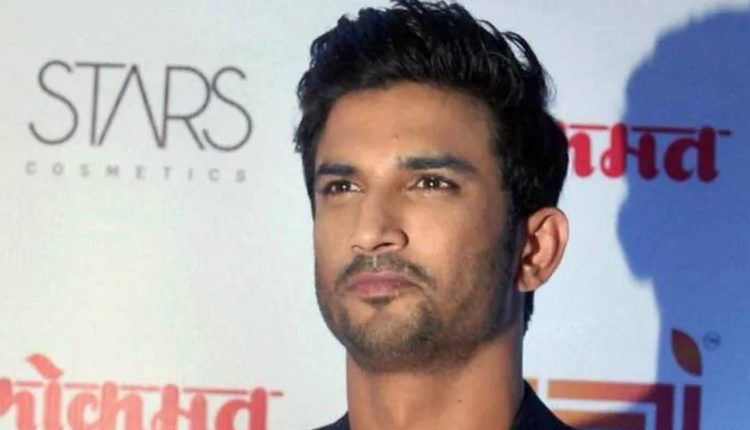 New Delhi: As the mystery behind the death of Bollywood actor Sushant Singh Rajput turns murkier with each passing day, senior advocate Vikas Singh, who is representing the kin of the late actor, has hinted that the last few pages from his personal diary could be “crucial” and “could have hinted at who could have been behind his death”.

Speaking exclusively to IANS, former Additional Solicitor General (ASG) and senior advocate Vikas Singh said: “Well, according to me that diary is very important because if he was writing every day about what was in his mind then if he has committed suicide, then something must have been there as to why he has taken this step or if it was a murder, there would have been something regarding who in his life was the threat.”

“I hope the investigation agency is able to retrieve the last few pages as it might unravel a lot of things,” Singh said.

With the Central Bureau of Investigation taking over the probe on Thursday, the senior advocate stated that the issue of jurisdiction would be solved as it was now a central probe agency and it can probe any case from across India.

“Jurisdiction is just used as an excuse by the Mumbai Police to not give assistance to the Patna Police to probe the case as the law is well settled and there is a provision in law to provide such an assistance,” said Singh.

“There was no jurisdictional issue and there will be no jurisdictional issue. According to me, Patna had the jurisdiction as the place where consequences of the crime was felt. There is jurisdiction under section 179 of the CrPC with Patna because his father was living in Patna and also for the reason that 406 IPC case is made out against Rhea and the legal heir of the property in question is Sushant’s father, Patna clearly had jurisdiction,” the lawyer added.

When asked if there was a conspiracy to kill Sushant and if the Mumbai Police is tempering down the enormity of the crime, the lawyer said, “It is not possible for us to say clearly because none of the family members were living with him but what is coming out in the public domain is quite shocking and that is what we are really worried about.”

“Even if the factual aspect of suicide is put up by Mumbai Police and it comes out to be a murder, the players would remain the same as the whole staff staying at Sushant’s home was placed by Rhea only and they are definitely involved if it was murder.

“I think the truth will come out when CBI would begin probing the case,” he added.

The former ASG further added that the electronic evidence would play a crucial role in the probe as now the reliance would be on the photographs taken from the scene of crime and during the post mortem and apart from this the Call Details Records (CDRs) would also be helpful in forming the chain of evidence in the absence of the physical evidence. “All of this would be crucial and necessary in reaching to the correct conclusion,” Singh said.

“The problem with this investigation is that what has been lost in the initial days would impact the probe but I am sure that a professional agency like CBI would still be able to uncover the truth,” he said.

Some Call Detail Records which have come out in public domain show that not even a single call was exchanged between Sushant Singh Rajput and his live-in girlfriend Rhea Chakraborty between June 8 and June 14.

Commenting on these CDRs, the lawyer said, “Well, this exactly is our FIR, where we have said Rhea blocked Sushant on (June) 8th when she left his home along with all his medical reports, laptop and some valuables and this CDR exactly proves our stand in the FIR that this blocking was the reason for Sushant to take the extreme step.”

The said CDRs have also revealed that the two actors exchanged around 20 calls between January 20 and 25 of 2020, when the late actor was reportedly at his sister’s residence in Haryana.

When asked as to who is Shruti Modi and what is her involvement in the case, the senior advocate told IANS that though he isn’t sure but the said woman was among one of the staff members placed at the late actor’s house by Rhea Chakraborty.

“I think Shruti was one of the staff members placed at Sushant’s home by Rhea Chakraborty,” he said.

The CBI in its FIR has named Rhea, her father Indrajit Chakraborty, mother Sandhya Chakraborty, brother Showik Chkaraborty, Sushant’s house manager Samuel Miranda, Shruti Modi and unknown others. They have been charged under various sections of the Indian Penal Code, including abetment to suicide, criminal conspiracy, wrongful restraint/confinement, theft, criminal breach of trust, cheating and other offences.

Earlier in the day, the CBI after taking over investigation in the case, handed over the probe to the ACU-VI (Special Investigation Team), which was formed by CBI’s Special Director Rakesh Asthana. The decision was taken after hours of brainstorming among the top CBI officials, including Director R.K. Shukla.

Sushant was found dead in his flat in Mumbai’s Bandra on June 14.