Suhana Khan shared a wonderful click of herself recently. Dressed in black with very minimum makeup, the winged eyeliner is the highlight of her overall look. The daughter of Shah Rukh Khan gave an interesting caption to her post which attracted an epic reaction from Amitabh Bachchan’s granddaughter Navya Naveli Nanda.

Suhana wrote, “I kinda look like a grown-up no?” 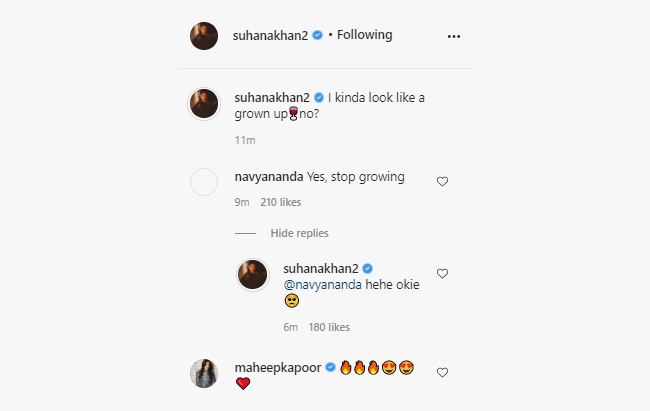 Maheep Kapoor who is the wife of actor Sanjay Kapoor and mother of Suhana’s bestie Shanaya also reacted to this fun exchange between Navya and Suhana. Maheep shared fire emoticons, some fun emojis, and a lovely red heart.

Shah Rukh Khan and Gauri Khan’s eldest son Aryan Khan celebrated his 22nd birthday yesterday. While wishing her brother Aryan, Suhana shared a picture from their Dubai stay during IPL 2020 on her Insta-story. In her wish, she wrote, “Happy birthday to my bestie…Just kidding, eww.” 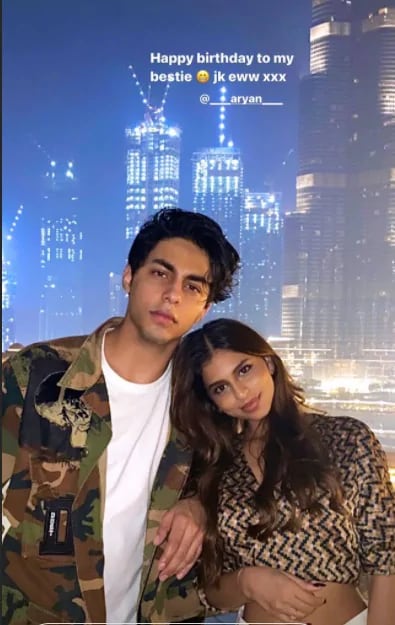 Suhana Khan wants to become an actress. Currently, she is studying acting at New York University. Earlier she studied films at Ardingly College in England. Suhana Khan was also a part of a short movie The Grey Part of Blue directed by Theodore Gimeno.

Suhana Khan received loads of appreciation for her brief stint as an actress in this short film with fans praising her for using her eyes effectively to express. She was trapped in New York for some time after the lockdown was declared in the USA due to the COVID-19 pandemic.

Now she is back with her family and will rejoin the New York University soon after things come back to normalcy.