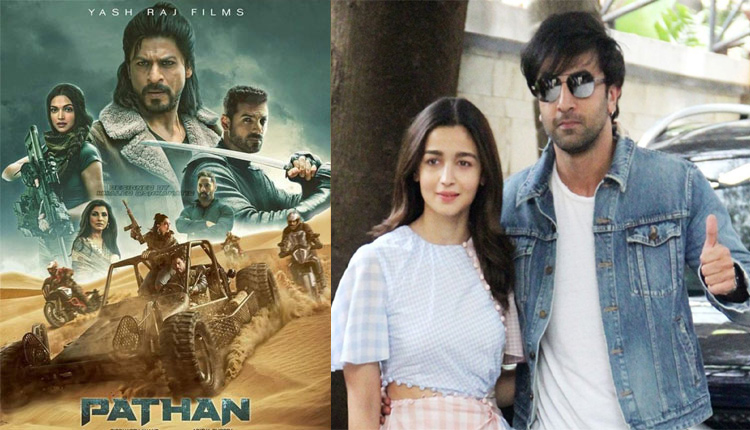 The entertainment industry was slowly getting back in the move after coming to a standstill due to the pandemic. But yet again the second wave of COVID-19 has hit the showbiz slowing down its progress. Ranbir Kapoor’s Brahmastra and Shah Rukh Khan’s Pathan faced delay due to the crisis but resumed the shoot after things got better. However, it seems like the bad omen still continues as the films have been delayed again.

As per the latest buzz, as the new restrictions have been imposed by the Maharashtra government, FWICE general secretary Ashok Dubey revealed that the construction of sets of both these Bollywood biggies have been kept on hold.

Dubey informed that there were three big sets that were under construction in Film City including Pathan and Brahmastra. While Pathan was built on the helipad of Film City for a crucial scene that involves both John Abraham and Shah Rukh Khan, Brahmastra’s set was still under construction. Each set had approximately 250 workers working on it which will also be affected.

Meanwhile, for the uninitiated, Pathan co-stars Deepika Padukone and John Abraham, and the shooting has already been wrapped for most of the part. Salman Khan and Shah Rukh Khan will reunite on screen after a decade on screen in Pathan which has created a stir among fans.

Arre so many films waiting to release in the cans….our turn will come after them don’t worry! https://t.co/k8xDDYmgnL

On the other hand, Brahmastra is a fantasy adventure film, the first part of a trilogy, and was supposed to hit the screens on August 15, 2019. The film stars Ranbir Kapoor, Alia Bhatt, and Amitabh Bachchan in key roles. The film will also mark the return of Nagarjuna to Bollywood after years.

From Tennis And Dancing To Sailing, Nethra Kumanan’s Journey To Olympics