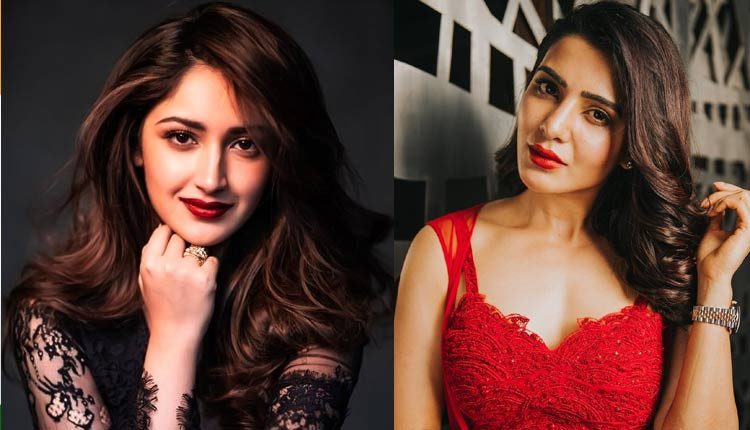 Once an actress acknowledges her affair or gets married, fans are just eager to know when they will get pregnant. So being in a steady relationship is enough for the gossip mongers to start circulating their pregnancy rumors. Samantha Akkineni and Sayyeshaa are two hot South Indian actresses married happily to Naga Chaitanya and Arya respectively.

Since the lockdown, there have been rumors about their pregnancy. So what is the truth?

The actress who married Kollywood star Arya last year was rumoured to be pregnant with her first baby. She is very active on social media and regularly shares her photographs in bikinis and revealing dresses. Her recent pictures indicate that Sayyeshaa has put on some weight which is why fans started speculating that she is pregnant. But the actress has denied being pregnant and instead is eager to get back to work and start shooting. Sayyeshaa and Arya got married in Hyderabad last year. Like most of her contemporaries, Sayyeshaa is one actress who has continued to work even after marriage and has signed a few films recently.

The actress debuted in Akhil opposite Akhil Akkineni in Telugu movies but now has diverted her focus to Tamil films. She will be next seen in the Kannada film Yuvaratna with Puneet Rajkumar in the lead. She has a tough dance song to shoot immediately after the lockdown. Similarly, Sayyeshaa will also be shooting an American song video next.

Samantha Akkineni has also slammed her pregnancy rumours. The rumours triggered off when the actress in an interview said, “I have put a date as to when I want my baby. The date has been fixed! Like, as if that’s going to happen according to the date we have fixed! But Chay (Naga Chaitanya) seems to be certain that it will happen on the assigned date!” But Samantha said that at present she is not pregnant and is not planning to have a baby soon.