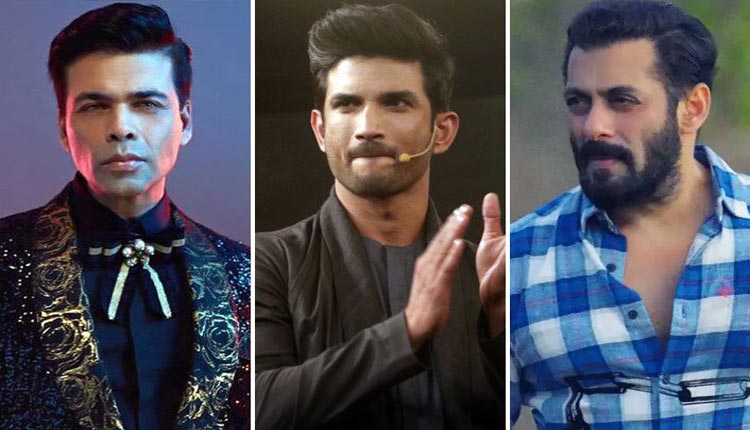 Actor Sushant Singh Rajput death case is getting more complicated day by day with new revelations being coming to the fore. As per a latest reports, Muzaffarpur District Court has summoned eight Bollywood biggies including Salman Khan and Karan Johar to appear in the court for hearing.

They are expected to be present in the court in-person or through their lawyers on October 7, 2020.

For the uninformed, the summon issued is over the complaint filed by lawyer Sudhir Ojha filed back on June 17 in Chief Judicial Magistrate court- just  three days after the death of the actor.

The complainant Sudhir Ojha alleged that that the eight accused had conspired against Sushant by boycotting him so that the late actor could not work in the film industry.

He also alleged that the accused had tortured the late actor for several months which forced him to commit suicide.

Actress Kangana Ranaut, Sushant’s father KK Singh and three others have been pleaded as witnesses in the complaint case.

The lawyer said, “The Court either can order for registering an FIR or itself hand over punishment if it finds anyone guilty,” he said.