Salman Khan As Ajith And Kartik Aaryan As Allu Arjun in 2021! 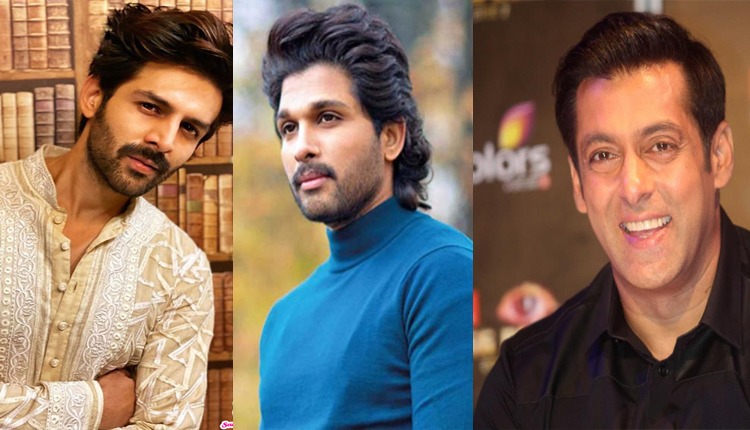 It is raining remakes in Bollywood this year. While remakes of South movies in the Hindi music industry are not a new thing, this year will witness some of the biggest stars stepping into the South rowdy roles. With Salman Khan steeping into Ajith’s shoes, Kartik Aaryan will try to live up to Allu Arjun’s swag.

With no releases last year, Salman Khan is set to take the box office by storm with Kabhi Eid Kabhi Diwali this year. The film starring Pooja Hegde was earlier going to be lead by Akshay Kumar but Sallu Bhai was finalized as the hero. The film is the remake of Ajith’s super hit Tamil film Veeram.

“Salman loved the concept of the film. It’s got a very emotional Hindu-Muslim angle and is a story about four brothers. Kabhi Eid Kabhi Diwali is a remake of Ajith starrer Veeram.  They have tweaked the story a bit to suit the title and the pan-India audience. When Salman heard the story, he immediately agreed to be part of this film.” Said a source close to Pinkvilla.

Meanwhile, the remake of Ala Vaikunthapurramuloo is also underway with Kartik Aaryan robed in to play Allu Arjun’s character Bantu. The hit Telegu movie is one of the highest-grossing Telugu films to date. B-Town producers were eyeing for someone who could play the stylish star’s fun role and zeroed in on the Punchnama Baby.

Paresh Rawal has been reportedly signed in to play the role of Bantu’s father. The makers are supposed to roll out the film in September.