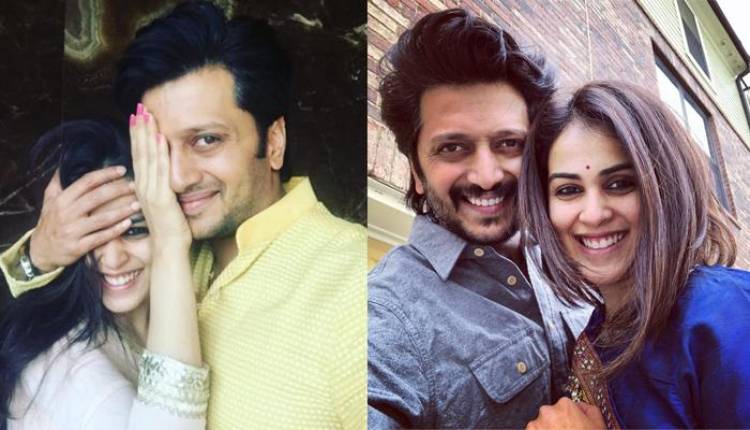 Riteish Deshmukh and Genelia D’Souza are one of the most adored couples in Bollywood who have been setting relationship goals since their dating days.  While Riteish is a familiar name in Bollywood, Genelia is a huge star in the South industry with numerous films to her credit. Recently, Riteish Deshmukh recalled how his ego was hurt upon being called as ‘Genelia’s husband’ down south.

In the upcoming episode of The Kapil Sharma Show, Riteish Deshmukh and Genelia D’Souza will join the team as guests. In the promo, Riteish shared about the time when he was playing Celebrity Cricket League in Bangalore where a few members from the South team called him Genelia’s husband.

He added how his ego slightly got hurt by that and jokingly he told those players, “Here, he is Genelia’s husband. In Maharashtra, Genelia is Riteish’s wife.”  To which the players gave it back to him saying, “Sir, she is Riteish’s wife in Maharashtra only, but you are Genelia’s husband in Kerala, Tamil Nadu, Andhra Pradesh, Karnataka.” This left the audience in splits.

Riteish and Genelia fell in love on the sets of their Bollywood debut, Tujhe Meri Kasam (2003). They tied the knot in 2012 after years of dating and have two sons, Riaan and Rahyl. Genelia is not seen much on the big screen after her marriage but will be making her comeback soon.

Consumers May Get Relief On Petrol, Diesel Prices This Festive Season