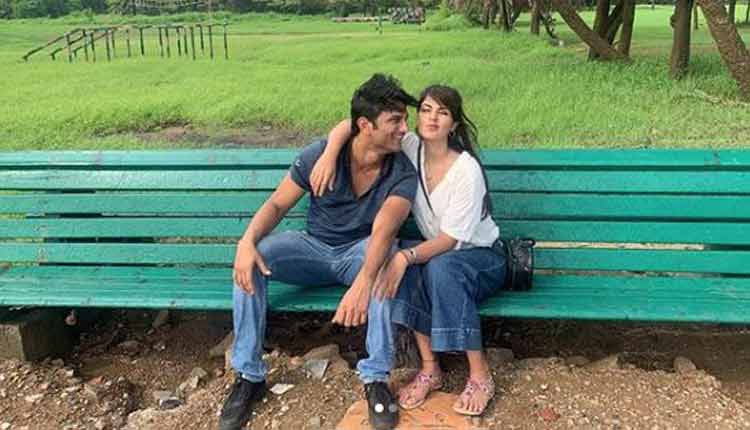 Mumbai: Actress Rhea Chakraborty has shared screenshots of the conversation she had with her boyfriend, late actor Sushant Singh Rajput, in which he expressed concerns about his sister Priyanka, calling her evil and manipulative.

In the chat shared by Rhea’s legal team with IANS, the actor says that he believed his sister was manipulating ‘Sid Bhai’, where he seems to be referring to either his sister’s husband Siddharth or his friend and roommate Siddharth Pithani.

Sushant also praises Rhea, her brother Showik and family in the chat.

“Your family is very epic. Showik is compassionate and you too who are mine, you are a sufficient cause for the inevitable change and respite globally. Behind these important changes. It will be a pleasure for me to be around you folks Cheers my friend for being a rockstar,” he wrote.

In the next message, Sushant said: “You please smile, you look great like that. I would try to sleep now. I wish I had a dream like Jamila. Would it be amazing? Bye.”

He then wrote about his sister, calling her “pure evil”. He says that she is manipulating ‘Sid bhai’.

Sushant wrote: “(“To Priyanka”), You do this, after the shameful act, making this a coverup to attract attention playing the victim card to the most non-negotiable act of molestation under the influence of alcohol.”

Sushant in his message further wrote that his sister had gone against the teachings of their mother. He wrote, “If you’re blinded by your ego, God bless you because I’m not afraid and I will continue doing what I’ve done till now in bringing out the necessary changes in the world. Let God and nature decide what ‘act’ is right now.”

The late actor addressed his next message to ‘Sid bhai’, and wrote: “She has hit you in front of my eyes and that was right and hereafter committing a crime where the girl (here my sister) has done what…”

It was previously reported that Rhea had accused Priyanka of molesting her after being too drunk, which created a barrier between the siblings. It seems Sushant is referring to the incident in the chats. 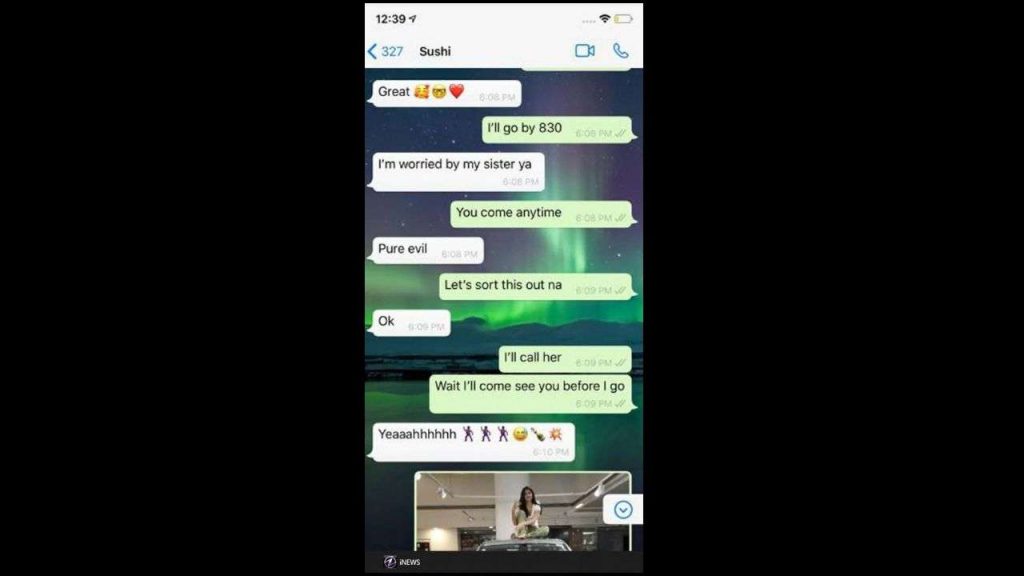 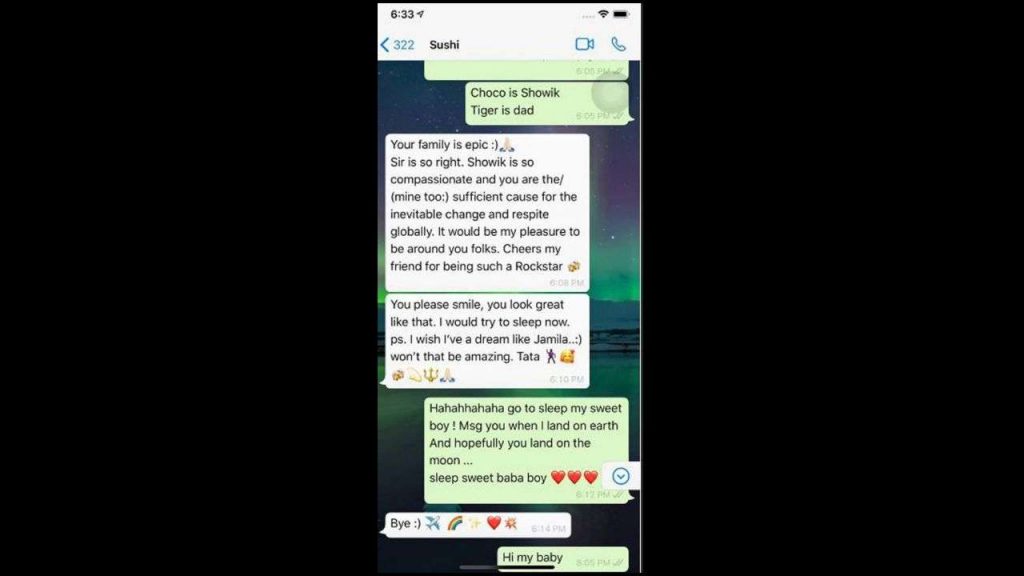 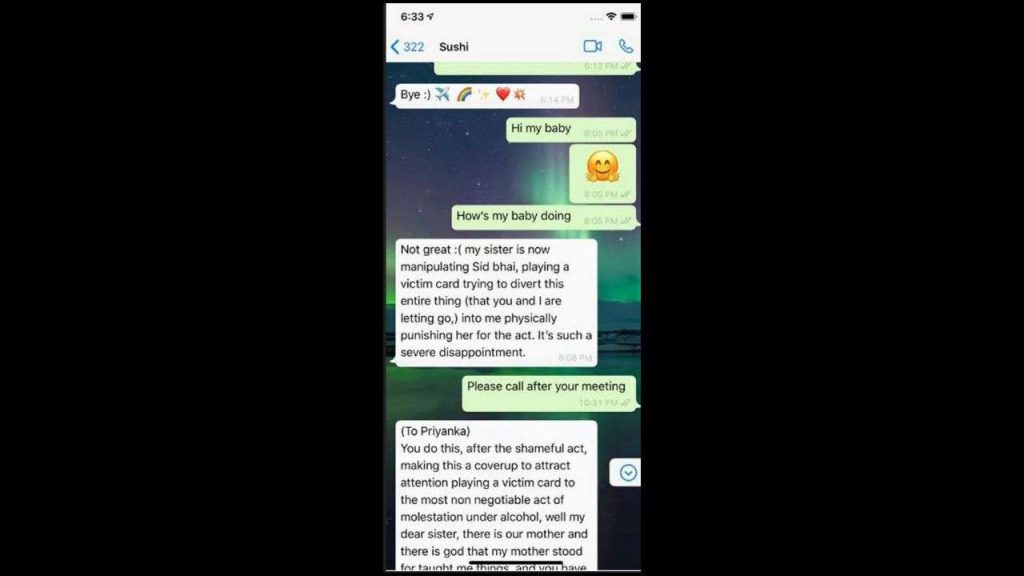 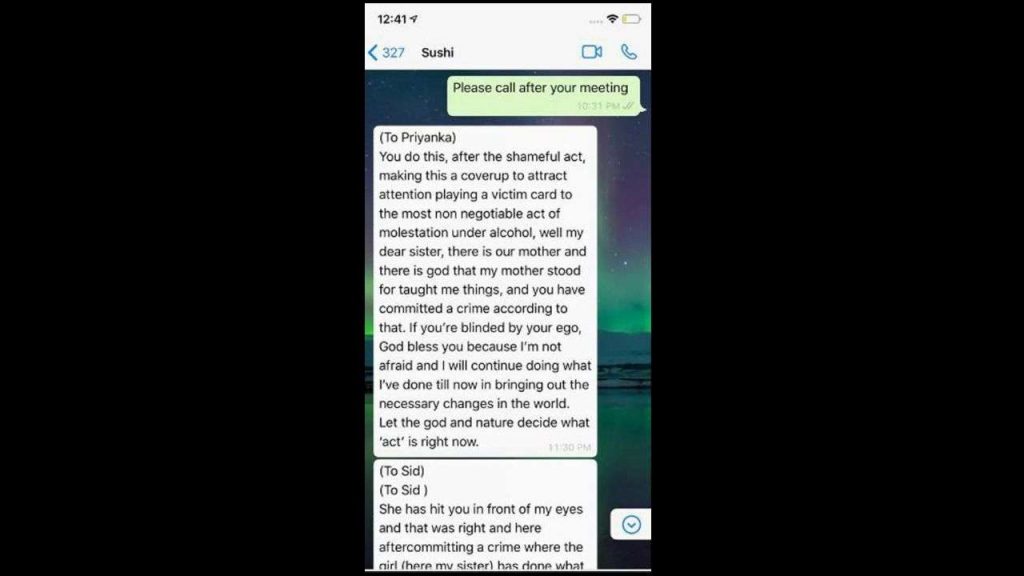 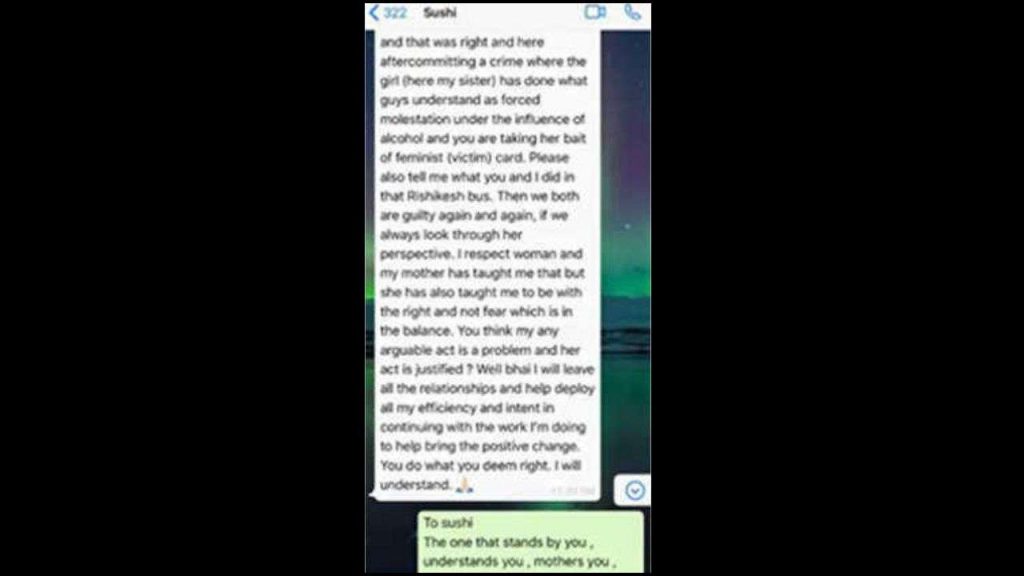