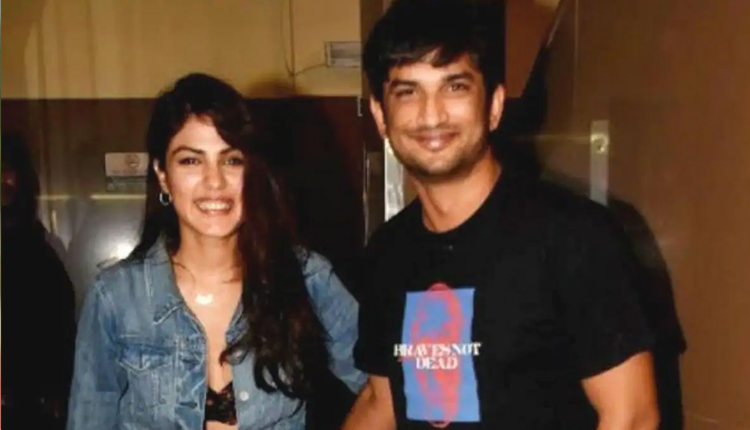 Rhea Chakraborty in her bail plea said that Sushant Singh Rajput sourced and procured ganja for himself. She further adds that the actor smoked cigarettes containing ganja. Rhea also says that Sushant told her that he developed a deep liking for ganja during the shooting of Kedarnath.

The actress further alleges that she tried to dissuade Sushant from this habit many times. Surprisingly, during her interrogation by NCB, Rhea mentioned that she did buy the drugs but it was for Sushant. She firmly stated earlier that she never consumed drugs.

According to Times Now, in her bail plea, she says that section 27 A does not apply to her or Showik and their arrest is illegal.

As per the report, the bail application is an extension of the slander campaign against Sushant’s family. The family of SSR filed FIR against Rhea in Bihar police station. Ever since then the Jalebi actress has been constantly throwing accusations at the family.

But in this plea, the actress goes a step further. According to the plea, Sushant told Rhea in June 2019 that his sister Neetu threatened him that she will file a false case against him in connection with his altercation with Priyanka.

The plea further says that Sushant was extremely disturbed by this as the husband of Neetu is an IPS officer. Rhea says in her plea that the actor felt that Neetu’s husband might misuse his connections and threaten him.

The plea further says that Rhea approached O.P. Singh who is the husband of Neetu and told him that if he files a case false case against Sushant she would approach the police and file a case.

In a way, Rhea Chakraborty in this bail plea is trying to establish herself as a very responsible girlfriend. The plea is an attempt to show that she was very concerned about Sushant’s drug addiction.

NCB extended the custody of Rhea Chakraborty and her brother Showik until 6 October yesterday. That is why the actress is now challenging the decision with her plea in the High Court.

Since the bail plea is listed quite low on the board there is no assurance that it will come to hearing in the High Court today.