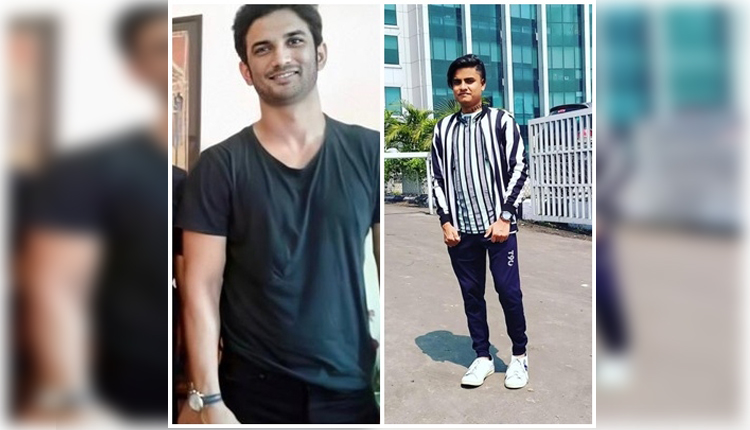 Mumbai: Sabir Ahmed, former personal assistant of Sushant Singh Rajput, says the actor never consumed drugs till at least the time he worked and stayed with him.

Sabir’s claim comes at a time when the Narcotics Control Bureau (NCB) has started probe into a possible drug angle into Sushant’s death case and when the actor’s family has alleged that he has been drugged.

“I worked with Sushant Sir off and on, taking breaks in between. My last stint with him was from December 2018 to around January or February 2019. I took leave in February,” Sabir told IANS.

“I worked as his personal assistant when he was promoting ‘Sonchiriya’ and shooting for ‘Dil Bechara’. I used to assist him on photoshoots, film promotions and shooting. At that time I stayed with Sir in his 16th floor apartment,” he added.

“If Sir consumed drugs at the time I worked with him, I would surely have known. I was there with him 24X7. I am hearing so many names of drugs now — ML or MD, or whatever it is. If he was consuming drugs at that time, I would have surely known these names. I am shocked to hear about these drugs. However, I am talking about only the time I used to work with him. I don’t know what happened after I was fired,” he added.

Asked why he was fired, Sabir replied: “In 2019 February I took leave from sir and went to my home town. I returned to Mumbai around June or July and tried to contact him. I could not get in touch with Sir directly. However, a staff working at his house at that time informed me that someone called Rhea was handling everything at his home now and she was not keen on retaining Sir’s old staff. After that I did not get in touch with Sir ever.”

“I loved Sir so much and was loyal to him. Had I known that something wrong was happening to him, I would have at least tried to do something to help. I can do anything for Sir, because he was extremely caring towards his staff and he loved us. I never thought I would have to see this day. My heart breaks to refer to sir in the past tense. Maybe he is not physically present with us today, but he will be alive in our hearts forever,” added Sabir.

“I don’t understand all this talk about his depression. He was so happy. He had work in his hand, he was never lonely. Why would he suffer from depression? We went on a trip to Thailand, he enjoyed a lot over there. There was nothing about his behaviour that hinted at depression at that time. He used to chat with us a lot and treat his staff as family members. Does a depressed person talk so much?” questioned Sabir.

Throwing light on Sushant’s daily routine at that time, Sabir said: “Sir would wake up around 3 or 4am every day and sit at his telescope, staring at the moon. Then he would do yoga for some time, after which he would listen to devotional songs because he was a bhakt (devotee) of Shivji. After that, he would sit down to read or write. He used to read a lot. That’s how his day began. He was a very happy and positive person.”

During the course of the conversation, Sabir went down memory lane to recall a happy incident.

“Sir was a very nice human being and it was an amazing experience working with him. He was so full of life and jovial. I have very nice memories of working with him. I still remember playing cricket with him on the hotel terrace while shooting for ‘Dil Bechara’ in Jamshedpur. He loved playing cricket! He would bowl at me when I would bat, and then when it was his turn to bat, I would be the bowler,” Sabir recalled with a tinge of nostalgia in his voice.