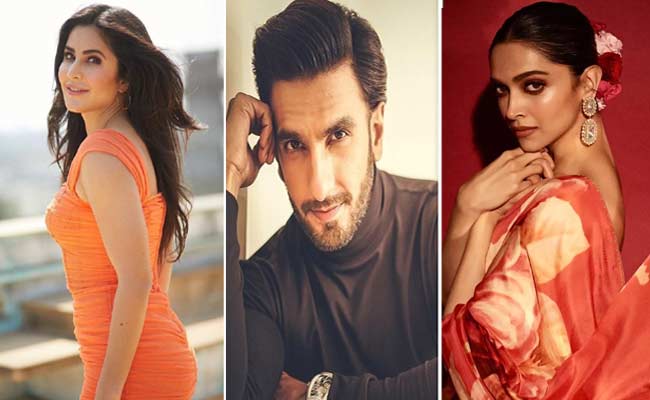 Bollywood is currently at standstill due to the COVID19 lockdown. But that does not mean that the producers and stars are not planning new projects. One project that has been making rounds since the last couple of years is “Baiju Bawra” and the man who is interested in bringing the epic story on celluloid is none other than the mega-movie maker Sanjay Leela Bhansali. Currently, the “Hum Dil De Chuke Sanam” director is busy directing Alia Bhatt in “Kathiawadi.” But the moment he is done with that flick he will be directing all his attention to “Baiju Bawra.”

Katrina Kaif And Ranveer Singh Romance Will Be Fresh And New

Bhansali is known to come up with a new and fresh star cast. He was the first to bring Deepika Padukone and Ranveer Singh together for “Goliyon Ki Raasleela Ram-Leela” and went on to make two more movies “Bajirao Mastani” and “Padmaavat” with the same pair after the first movie became a blockbuster. The director is known to make romantic and musical movies but also has a few out of the box creations to his credit like “Black” and “Guzaarish.”

Now that the pair of Deepika and Ranveer have been well received and become successful he wants to try a new pair. It is a known fact that Sanjay Leela Bhansali’s movies have contributed hugely to making both Ranveer and Deepika so successful. He is also very much comfortable working with these two actors.

According to reports, in his next movie “Baiju Bawra” Sanjay wants Ranveer to romance the “Chikani Chameli” of Bollywood-Katrina Kaif. It will be an unusual pair and neither of the two has worked together before. Baiju Bawra is a story of a famous singer in the days of Mughal Emperor Akbar who challenges one of his Navratna-singer Tansen for a jugalbandi. A movie by the same name was made by Vijay Bhatt during the black and white era of Hindi films in 1952 and starred Meena Kumari and Bharat Bhushan in the lead.

Bhansali’s movie may not be an exact remake of the old version but it is certainly going to be bigger than life canvas. The director is also planning to rope in his favourite actress Deepika Padukone for a major role in the movie. However, things are yet to be discussed with the star cast and hopefully, the announcements will come only after the lockdown has been lifted.

Lockdown Cannot Be Lifted In One Go: PM Modi