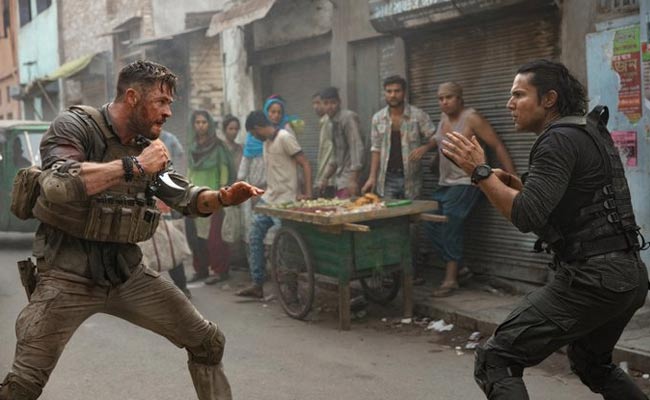 Randeep Hooda has come a long way since debuting in Mira Nair’s Monsoon Wedding. Post Highway, Sarbjit, Kick, and Rang Rasiya the actor has managed to get a strong foothold in Bollywood and is now recognized as one of the best actors around. The Melbourne postgraduate attracted attention when he was signed by Sam Hargrave for Extraction opposite Hollywood star Chris Hemsworth.

Extraction was released recently on Netflix and Randeep was appreciated highly for his action scenes and acting. But how was the “Baaghi 2” actor’s experience while working with the likes of Chris Hemsworth who is known for his tough actions and suave charisma? While talking about his experience Randeep said that for him it was as if he was stepping into an entirely different world.

The actor further added, “The first day, I thought what have I got myself into but then it started to grow on me. Your body is the most beautiful instrument you have and action movies put it to good use. As you stretch your limits, you realize you’ve got to look after yourself better.” Such discipline surely helps to make Hollywood scenes so real and intense.

I'M GOING TO BE DOING THAT?!: @RandeepHooda was put through his paces for his first action film, to fight it out with @ChrisHemsworth in 'Extraction.' pic.twitter.com/kKloAhcT8j

According to Hooda, the team ensured that each action sequence is broken into pieces so that he could get a good understanding of every shot. Importantly, the actor believes that his experience as a cab-driver in Australia served as an acting training for him. Randeep remembers when the director Sam for the first time showed the choreography of his action scenes. The actor was stunned and said, “What, Am I going to do that?”

Much love and gratitude ?? . #Repost @therussobrothers We can’t thank everyone enough for all the incredible love and support for #Extraction! We truly have the best fans in the world. @chrishemsworth @thesamhargrave @rudhrakshjaiswal1 @golfarahani @priyanshupainyuli @dkharbour

But he says the team was very helpful as they broke it down to every punch, thrust, and action. According to Hooda Bollywood sometimes lack the type of safety and precaution measures the Hollywood team takes while shooting action scenes.

???????? . . #Repost @thesamhargrave You perform how you practice. @randeephooda and @chrishemsworth putting in the rehearsal time for #Extraction @netflix @netflixfilm

“Chris Hemsworth is an easy-going guy. He is charming, well prepared and he has got great energy. The leading man in a film controls the energy on the set. It has been an absolute pleasure working with him. We exchanged a few blows but that’s okay. He is a quintessentially easy-going Aussie who does not have any airs about him” says Randeep.